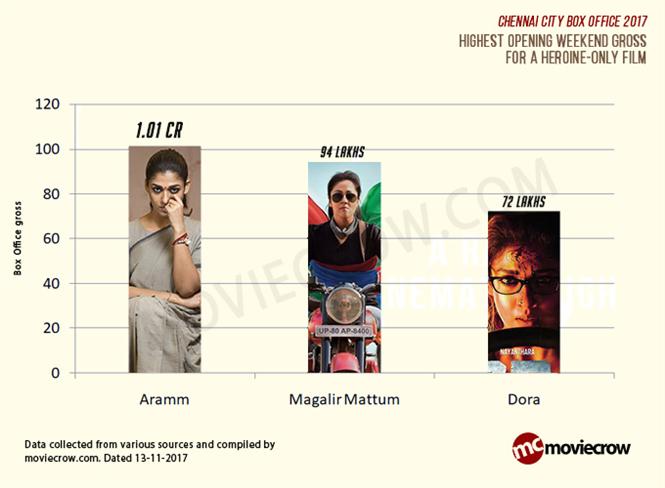 Nayanthara's just released Aramm has set a new record in Chennai city for being the highest opening weekend grosser for a heroine-only film (without any leading hero on board). This year, we've had 3 such films, including Aramm; the others being Dora and Magalir Mattum.

It must be noted that ticket rates have been hiked recently and that has also worked in favor of this new record for Aramm. Here's the opening 3-days gross comparison of the 3 films in Chennai city,

We have to see how Aramm sustains in the coming days.