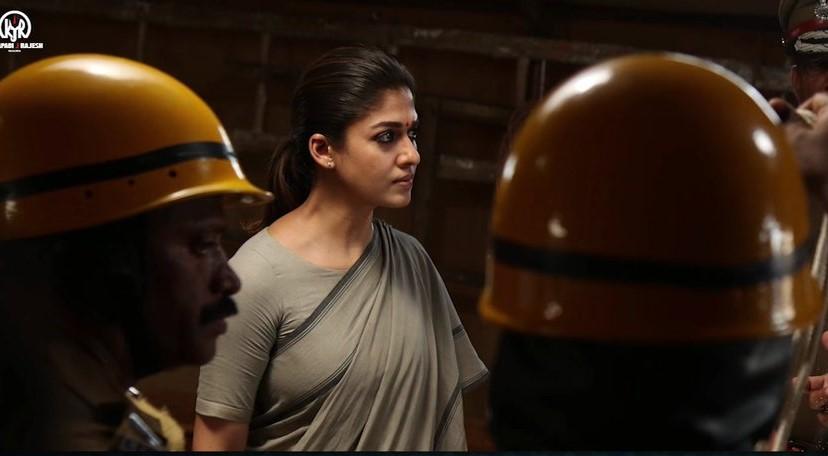 A slap on the system

This one deserves your time. Not merely because it addresses an important issue but also because it does it in an engaging manner. (more)

Aramm is definitely worth the watch for the numerous emotional moments that would leave you satisfied with its strong content.

Nayanthara scores well with her crisp dialogues and her acting is near perfect for this film that touches upon social issues. Her grace in a couple of scenes, create some high moments and 'massy' moments as well. Almost most of the supporting cast have managed to do fair justice to their roles. (more)

Gopi has set the milieu well - a barren, parched land close to the sea, with a perennial drinking water shortage. The director, through his hard-hitting dialogues, also points out that while India is making rapid strides in space technology, there is abject lack of basic amenities in the villages.(more)

This Nayanthara starrer is hard-hitting

As director-writer, Gopi creates a tensed atmosphere with a deep element of a thriller as a young life is at stake. Cinematographer Om Prakash's work adds layers to the narration, as he visually takes us to the day-to-day compromises and sacrifices people have to make in rural India. (more)

A brilliant film that inspires you to wake up and react

It's compelling, moving and quite unlike anything else, you're likely to watch this year. The film dwells on relevant issues of today which are weaved intrinsically into the film�s plot. The jokes are not forced, the emotions are not cheated. (more)