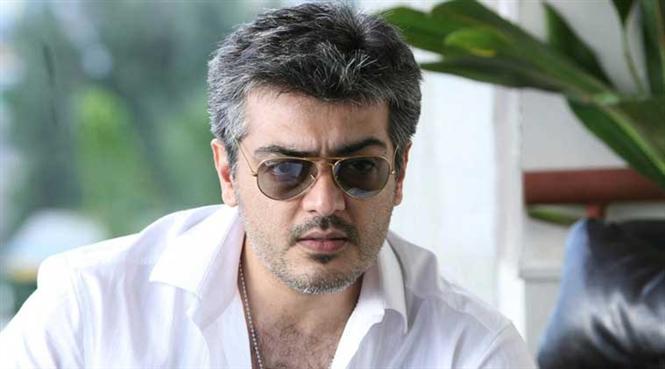 Actor Ajith's upcoming movie Ajith 57 which is constantly giving its fans something to look out for, is in the news again for its title. According to the industry buzz, the project which was so far going by its tentative denotion, is likely to be named Vadham or Vivekam. It is also being said that Vivekam seems to be the more likely option at this point in time. What's interesting is that director of the movie Siva, with whom Ajith is collaborating for the third time has always stuck to the letter 'V' to title his movies with the hero (Veeram, Vedhalam).

The team of Ajith 57 recently landed at Chennai and have reportedly been shooting on a 25 lakh set, erected on the outskirts of the city amid tight security. The team is also expected to fly back to Bulgaria as they had cut short their earlier visit owing to the Jallikattu protests. Also starring Vivek Oberoi, Kajal Aggarwal and Akshara Haasan, the film is bankrolled by Sathya Jyothi Films and is expected to hit theatre screens for Eid this year i.e June 22, 2017.