After a long time, there were two quality releases last weekend -- Madras and Jeeva, and they kept the cash register ringing along with previous week's release Aranmanai. Check out the box office ranking of Tamil movies in Chennai during last weekend.

Director Pa Ranjith's Madras took a very good opening, thanks to the positive reviews and buzz created by the general public. It looks like Karthi is back with a bang and the director's brilliant screenplay and Santhosh Narayanan's music are the cornerstones of the film.

In spite of the two new releases, Sundar C's Aranmanai held on to most of its screens from the first week. Sundar C has hit the bull's-eye once again in entertaining the masses and the movie is all set to become a hit.

After delivering two brilliant movies last year, director Suseenthiran has carried on his midas touch with Jeeva. Revolving around cricket, the movie received positive responses from the critics and audience alike. Vishnu as a cricketer in the film has impressed one and all.

Cinematographer-turned-director Ravi K Chandran's Yaan will be hitting the screens on October 2 and the movie will enjoy the opening of a long weekend. 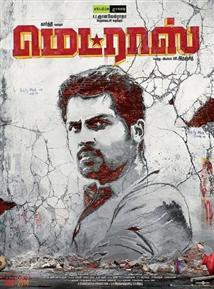