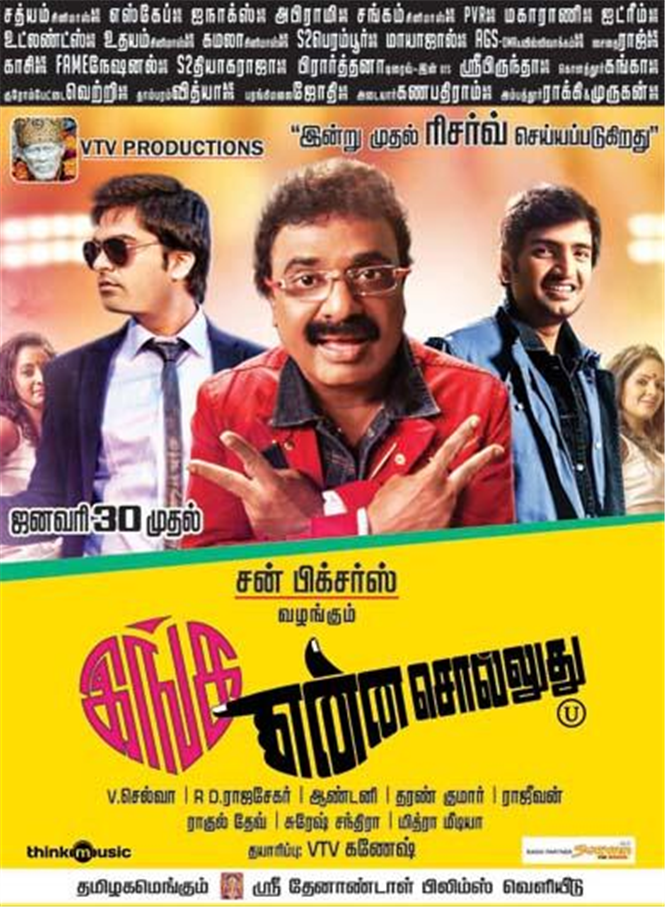 Inga Enna Solluthu starring VTV Ganesh, Meera Jasmine and Santhanam is directed by Vincent Selva. The film is set to hit the screens on January 30, 2014. The advance booking for the film starts today.

Simbu who shares a good rapport with VTV Ganesh is also playing a key role in the film. Andrea will be seen opposite Simbu. Mayilsamy, Pandiarajan, K S Ravikumar and Swarnamalya are also part of the cast. Editor Antony makes his mark in this film as an actor. Music by Dharan. The film is produced by VTV Ganesh. IES will be presented by Sun Pictures and distributed by Sri Thendandal Films.