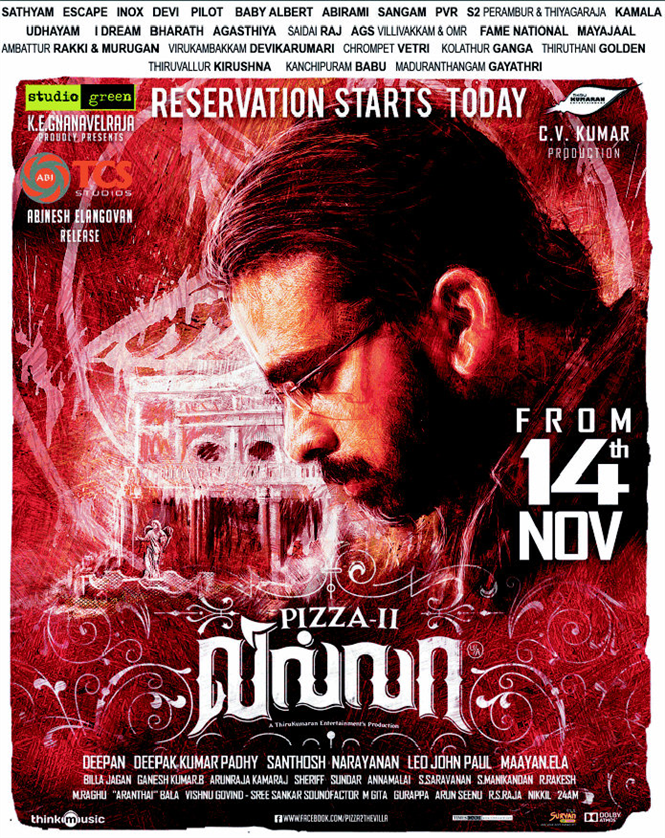 The most awaited horror thriller Pizza 2 The Villa is set to hit the screens on November 14. The advance booking for the film starts today. The film stars Ashok Selvan and Sanchitha Shetty of 'Soodhu Kavvum' fame in the lead roles and is directed by Deepan Chakravarthy.

Pizza 2 The Villa has been censored with an U/A certificate. The film is produced by Thirukumaran Entertainments jointly with Studio Green. Music by Santhosh Narayanan. The distribution rights of the film has been acquired by Abinesh Elangovan of Abi & Abi Pictures. 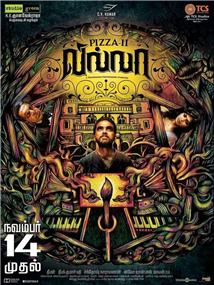