USA - Arrambam's 5 day opening is reported to have collected a total of $330,615 from 73 screens including preview shows on Wednesday. The per screen average working out to $4529. The cumulative collection of Arrambam is highest in Ajith's career so far. For 2013, Arrambam is second highest after Vishwaroopam. Last Diwali, Thuppaki had collected $362,000 as per North America distributor sources(ATMUS).

All in All Azhaguraja - Overseas Box Office Opening

Compared to Arrambam, All in All Azhaguraja's collections were substantially lower in the UK and USA due to poor word of mouth. The shows opened on Friday for previews.

USA - All in All Azhaguraja opened in 55 screens all over the USA and collected only an estimate of $72,400 ($1,320 per screen average). The Sunday shows registered sharp declines due to poor word of mouth and reviews. 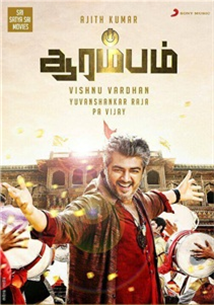