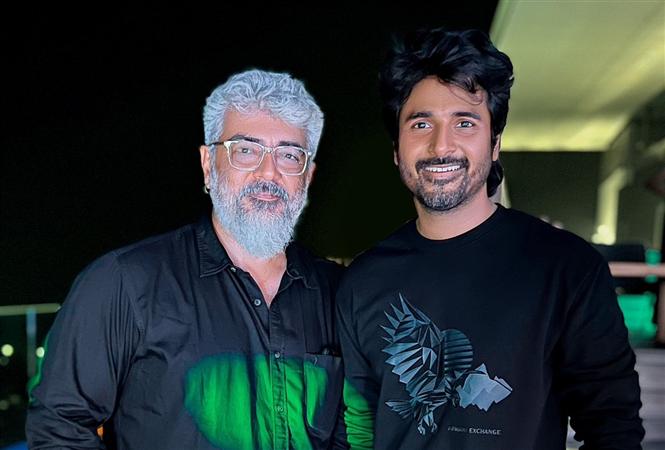 Earlier today it was widely reported that actor Ajith was shooting for the song Chilla Chilla from his upcoming movie Thunivu at the same location, where Rajinikanth's Jailer was filming as well. While fans of Ajith and Rajini were expecting a picture of the two stars by end of day, it was Sivakarthikeyan who surprised everyone by sharing a picture with Ajith.

Met AK sir after long time ❤️ yet another meeting with sir, to cherish for life 🙏👍 Thank you for all the positive words and wishes sir ❤️❤️🤗🤗 pic.twitter.com/yVaYIc3Ca5

Sivakarthikeyan is said to play the younger version of Rajinikanth in Jailer, and though his casting remains officially unconfirmed, he was spotted at Jailer sets last week with Kannada actor Shivarajkumar. Sivakarthikeyan's picture with Ajith today further clarifies that the actor is indeed part of the Nelson Dilipkumar directed Jailer. 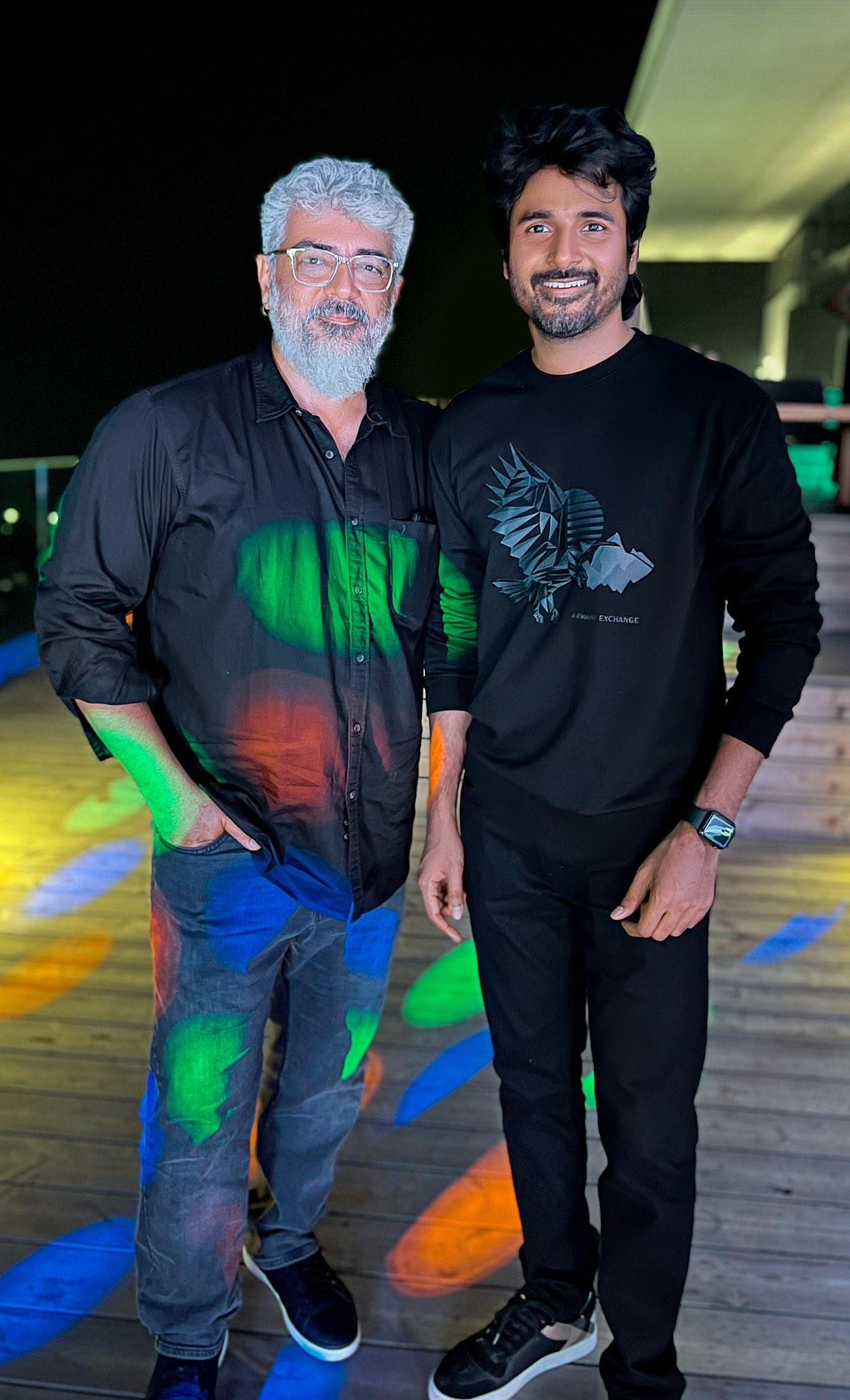 Ajith's Thunivu produced by Boney Kapoor and directed by H. Vinoth is a bank heist thriller, scheduled to release for Pongal on January 12, 2023 [yet to be officially announced]. Jailer produced by Sun Pictures is a prison-based movie expected to release for Tamil New Year on April 14, 2023.