Thunivu: Boney Kapoor at the receiving end of Ajith fans once again!

While fans were awaiting the third look poster of actor Ajith's upcoming movie Thunivu today, it was updated by sources-in-the-know that they would have to be content with the first two posters for now.  Parallelly, a hilarious meme video is being circulated among fans over the Thunivu first look tweet gaining over 1 million comments. 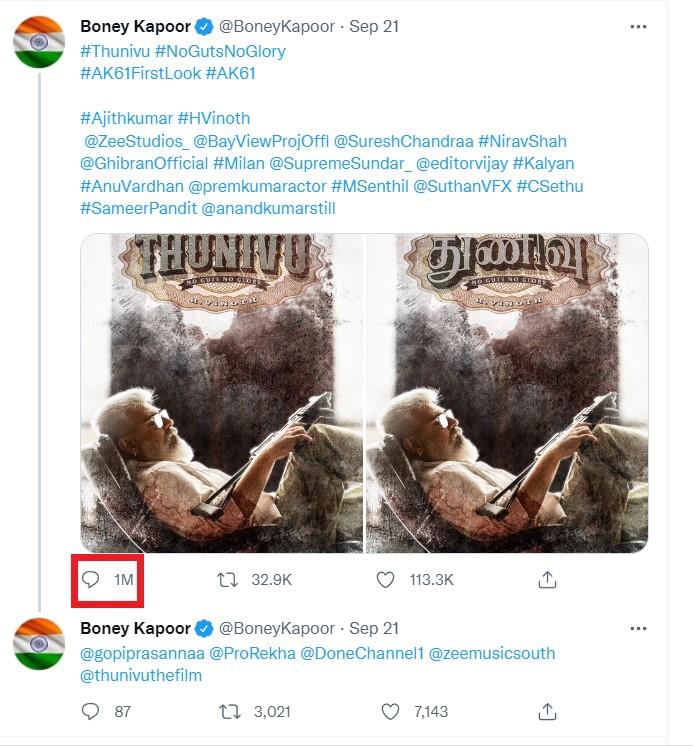 The tweet with 1 million comments was sent out by Thunivu producer Boney Kapoor, and the video playfully imagines Boney Kapoor's reaction to the overwhelming love.

This isn't the first time Boney Kapoor has been showered with 'unexpected affection' from Ajith fans. Back in 2020, when Valimai was just known as Thala 60/ AK 60/ Ajith 60, the actor's ardent fanbase had printed posters addressing the producer, of how they were waiting with bated breath for an update. 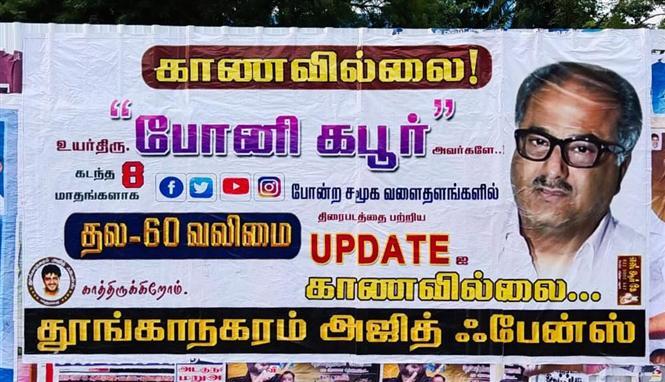 Then in 2022, when Valimai finally hit theater screens, Boney Kapoor's car was bathed in curd and milk [a gesture usually reserved for star actor cut-outs and banners upon a film's release], turning one too many heads on Boney Kapoor being the center of fans' attention.

@BoneyKapoor car status after his entry into @RohiniSilverScr for #Valimai #FDFS

Not a petrol car anymore. Its a curd car now. Lack of milk. pic.twitter.com/ZAFVoeUnA3