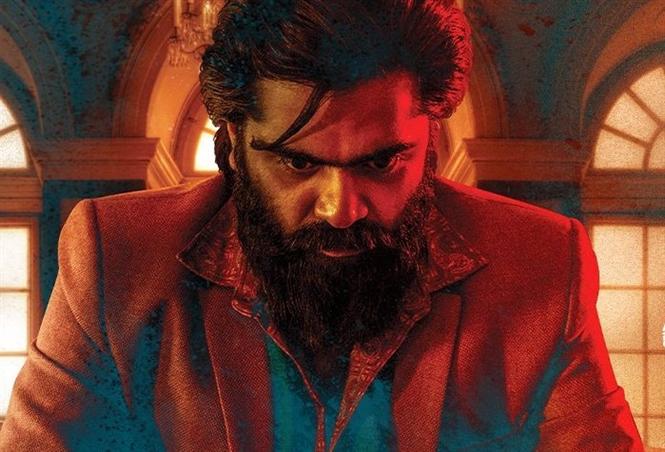 Introduction: Vendhu Thanindhadhu Kaadu is a Silambarasan TR starrer gangster drama flick. It is written by Jeyamohan and directed by Gautham Vasudev Menon. The music is scored by AR Rahman.

Silambarasan TR as Muthuveeran, a youngster who goes to Mumbai from his village for his work life. The people and situations he faces take him into a gangster world that forms the crux of the story.

Carries a very simple and a familiar storyline which is the rise of a common man. The screenplay is decent for almost the entire movie. Even though there are no exceptional moments or blast-out scenes in the flow, it’s quite engaging. Certain scenes carry the intense mood that raises the tension, but the fulfillment is missing. However, the minimum expectation for a moviegoer is for the film to hold the attention span, in that way, it’s for sure a winner. The central character is portrayed with enough detailing, starting from his basics, which helps one to feel for his travel. We have never seen director Gautham Vasudev Menon try something rural and locally routed, he has done it neatly here. The early village episode and little later the portions in Mumbai neatly establish the low-life of the male lead character. The happenings were likeable despite not having any fresh elements, suddenly the progress goes for a pause for sometime then picks up after the backstory is revealed. The second half is packed with fiery action scenes and a fluently incorporated romantic track that doesn’t disturb the core. Love portions are GVM’s forte and he scores effortlessly in them. There are many appreciable action sequences with emotions rightly mixed, but some crucial places of the narrative fail to transform the energy. The lead to the second part is showcased in the last 5-10 mins and it's done poorly. There is no buildup whatsoever to it, the closure is blunt and bland.

Silambarasan TR has literally lived in his character. He is so innocent till the halfway mark, tries to become a hero post-break and becomes one in the end. His looks, walking style, attitude perfectly fit for the situations. Good debut for Siddhi Idnani, her character has a good amount of importance in the later half, and she has delivered a no-nonsense performance. Admirable character arcs for Appukutty and Neeraj Madhav, quality performances from both. Radhika Sarathkumar just has a minimal screen-time and her character is kind of empty with lack of emotional quotient. Vikram fame Jaffer has an interesting introduction but the ending is abrupt. There are plenty of other artists who go unnoticed with inefficient roles and with nothing much to do in the story.

After so long, a complete work from the master AR Rahman. All the songs are very good, Mallipoo is one track which isn’t in his usual flavour, yet the output is enjoyable. Great work in terms of background score, just the fact that ‘Marakkuma Nenjam’ is used in multiple places, there are a variety of impressive tunes that improves the scenes well. Commendable work by cameraman and team, solid efforts to pull off a lot of single-shot sequences and a very earthy colour tone is well maintained throughout. Editing is a bit weak, as we get to see only convenient black-outs for scene transitions, otherwise it’s not much of an issue. Stunt choreography is powerful as the action pieces are gripping, interval block is a big highlight. Very lively dance choreography for the energetic ‘Mallipoo’ song by Brinda master. Sound mixing could have been much better as effects are overlapped by music at places and the worst part is some of the dialogues aren’t clearly audible at times.

An engaging gangster saga. Despite some shortcomings, STR's delightful performance and ARR's soulful music make it a memorable experience.