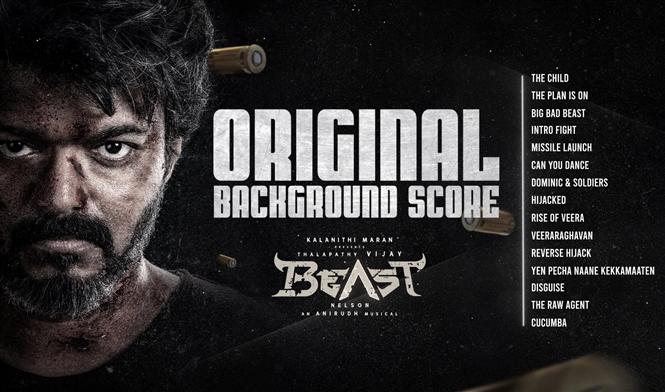 Beast is a Tamil film starring Vijay in the lead that released on April 13, 2022 in theaters. Ahead of actor Vijay's 48th birthday which falls on June 22, 2022, Beast composer Anirudh and the film's producer Sun Pictures have unveiled all original background scores from the film.

Beast written and directed by Nelson Dilipkumar is an action-thriller and the film is currently available to stream on Netflix OTT platform.