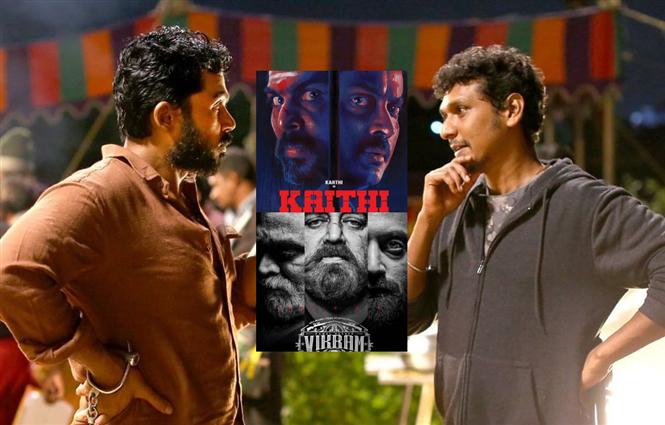 Director Lokesh Kanagaraj's recent release Vikram starts off post the incidents that was showcased in his earlier movie Kaithi and some character's from Kaithi's storyline make an appearance in Vikram too. Anbu played by Arjun Das is one such character and while he was shown to have been killed in Kaithi climax, he appeared in Vikram with a stitch. Lokesh Kanagraj has now clarified that Anbu was never really dead in Kaithi.

Only Anbu's jaw was broken by Napoleon in #kaithi, hence the stitch mark in #Vikram.. this will be explained further in #kaithi2 #AskDirLokesh https://t.co/I3GGlWfyJ1

The filmmaker has also said that many such plotholes connecting Kaithi and Vikram will be answered in the sequel to Kaithi. Kaithi 2 was first hinted by Lokesh Kanagaraj in 2019 and producer SR Prabhu had also shared that they very much intend on making the sequel as well.

Karthi who played Dilli, a recently released prisoner reunited with his daughter will be returning to play lead in Kaithi 2.