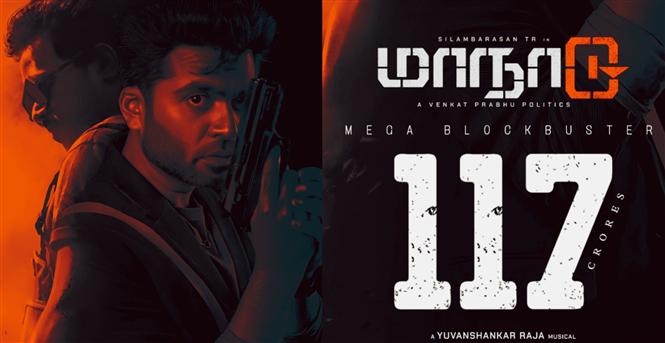 Maanaadu starring Silambarasan TR in the lead released in theaters on November 25, 2021 and made its digital premiere on Sony Liv OTT platform on December 24, 2021. The movie's producer Suresh Kamatchi [who once waited a long time to get this film made] recently took to Twitter to announce that Maanaadu has grossed Rs. 117 Cr. at the worldwide box-office. This officially confirms that the Venkat Prabhu directed time-loop thriller is indeed Silambarasan TR's first 100 Cr. grosser.

Maanaadu is currently available to stream on Amazon Prime Video as well. The film has music by Yuvan Shankar Raja and stars SJ Suryah, Kalyani Priyadarshan, Premgi Amaren among others.