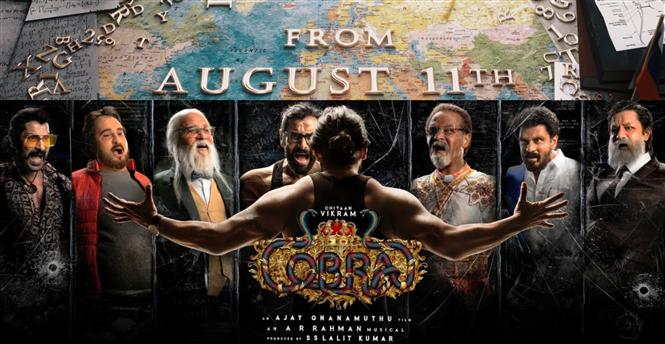 As reported earlier, it has now been officially announced that Cobra starring Vikram in the lead will be releasing in theaters on August 11, 2022 (Thursday), just before the Independence day weekend. A psychological thriller written and directed by Ajay Gnanamuthu, Cobra will see Vikram in multiple get-ups after years.