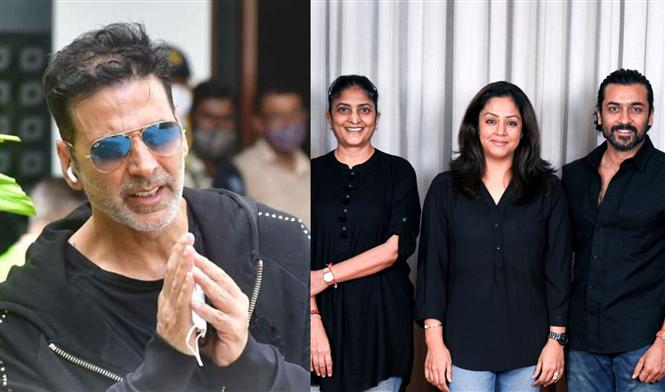 In July last year, actor Suriya who starred in and produced Soorarai Pottru announced that the film will be remake in Hindi by Abundantia Entertainment. He also confirmed that his production banner 2D Entertainment and director Sudha Kongara will be returning for the Bollywood version of the movie.

However in August Guneet Monga’s Sikhya Entertainment, co-producer of the movie tried to issue a legal stay on the proposed Hindi remake. By September, the Madras High Court had cleared Suriya's company for a go-ahead which is when, the team is said to have initiated talks with Bollywood actor Akshay Kumar.

Now it has been confirmed that Akshay Kumar will indeed be reprising Suriya's character, in a story inspired from of Air Deccan founder G.R. Gopinath's biographical book Simply Fly: A Deccan Odyssey. Akshay Kumar is currently gearing up to begin Karan Johar produced Selfiee in February; He is expected to shoot for Soorarai Pottru remake post that.