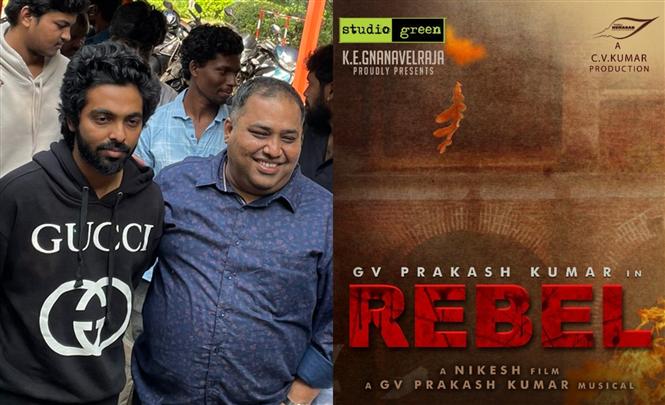 GV Prakash will next be playing the lead and composing music for a movie titled Rebel, which was launched with a small pooja ceremony today. Rebel is jointly produced by  director, producer CV Kumar and KE Gnanavel Raja of Studio Green.

Nikesh RS who has previously worked as an AD on films like Kazhugu and Bell Bottom is making his debut as a director with this one.