Valimai second single is a mother song! Promo out now 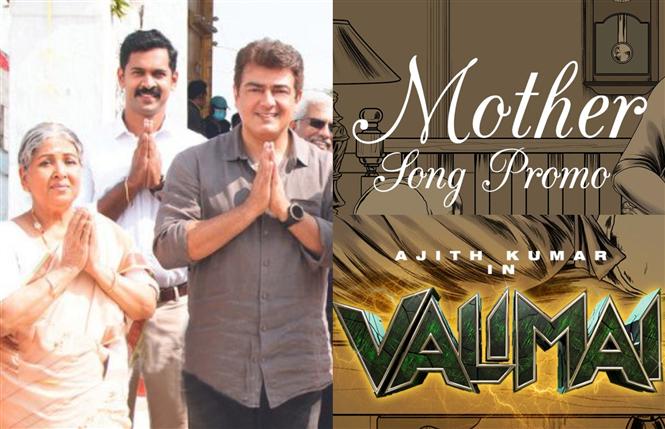 After Vera Maari, the second single from Ajith's upcoming movie Valimai has been revealed as a mother song and the promo for this Yuvan Shankar Raja number has been unveiled by Sony Music South.

Mother song is crooned by Sid Sriram and penned by director Vignesh Shivan. It is scheduled to be released in full on December 5, 2021 at 6: 30 PM.

Produced by Boney Kapoor's Bay View Projects and Zee Studios, Valimai is touted to be an action thriller from H. Vinoth and is scheduled to release in theaters on January 13, 2022 (Thursday).