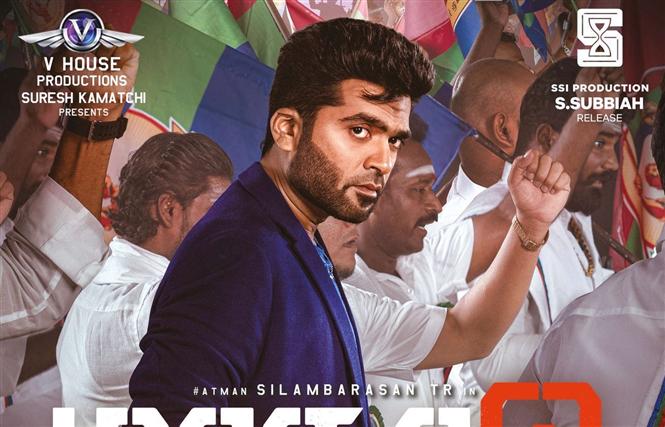 Venkat Prabhu directed time-loop political thriller Maanaadu has entered its second day in movie theaters and the response from both critics and audience has been extremely positive so far. Due to the last minute hiccup the film faced before its release, it came to light that Maanaadu's OTT rights were bagged by Sony Liv and its satellite rights by Kalaignar TV channel.

Now we hear that the film which stars Silambarasan TR, SJ Suryah, Kalyani Priyadarshan among others will be making its digital premiere after 30 days. i.e. Maanaadu will be available to stream on Sony Liv on December 24, 2021.

The satellite rights we hear is not a done deal as of now, and currently makers are in talks with Colors Tamil channel as opposed to reports of it being sold to Vijay TV or Kalaignar TV. Maanaadu is about a character named Abdul Khaliq stuck in a time-loop, and he has to stop a political rally from taking place to save the CM's life and a religious violence from erupting, to break the loop.