Annaatthe gears up for grand release in Europe! 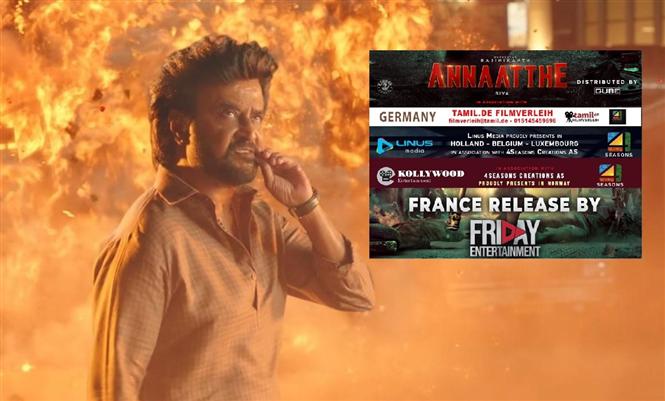 Rajinikanth's Annaatthe is gearing up for a grand Diwali release this November 4, 2021 (Thursday) and recently we reported that the movie produced by Sun Pictures will be released in USA, Canada by Qube Cinema. Now, the country-wise distributor list for Annaatthe in Europe is also out.

4Seasons Creations, leading distributor of Indian films in Europe has teamed up with these regional partners for Annaatthe's release in their respective countries:

Touted to be a family entertainer, Annaatthe is censored with an U/A and comes with a run-time of 2 hours and 45  minutes i.e. 165 minutes. The movie also stars Nayanthara, Keerthy Suresh, Meena, Khushbu, Soori among others and has D. Imman for music.