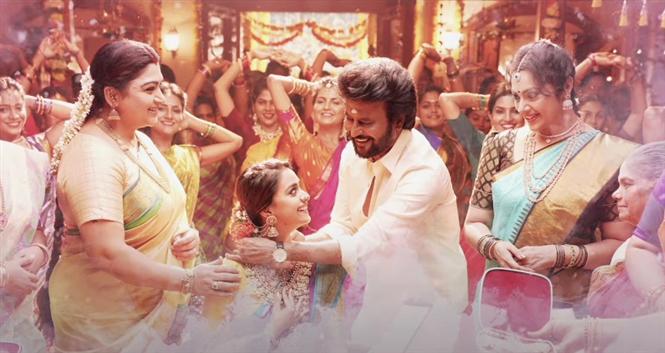 The third single from Annaatthe, Rajinikanth's upcoming Diwali release is out and the song titled Marudhaani is a colourful number that is set against a marriage backdrop. Nakash Aziz, Anthony Daasan, Vandana Srinivasan have crooned this Imman musical, and Rajini, Meena, Khushbu, Keerthy Suresh, Livingston, Pandiarajan, Sathish among others are seen in the video.

Marudhaani has lyrics by Mani Amuthavan. Catch the video here: