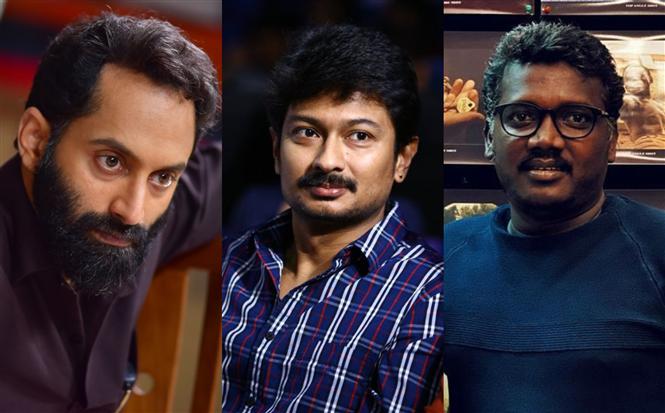 We had previously reported that Chennai’s Chepauk-Thiruvallikeni constituency MLA Udhayanidhi Stalin is bidding adieu to acting and his last film will be directed by Mari Selvaraj. Latest about this film is that Mollywood actor Fahadh Faasil has been approached to play a role in this movie and shooting will begin in November or December post the local body elections.

This yet untitled project is touted to be a semi-autobiography of a person from the southern part of Tamil Nadu and is expected to have music by A.R. Rahman. Filming is expected to be wrapped in a single schedule of 40 days.

[March 4, 2022 - Update] The team up was officially announced today and the film is titled Maamannan. It is Fahadh's second Tamil movie this pandemic era after Kamal Haasan's Vikram.