Doctor to release a week before Ayudha Pooja in theaters! 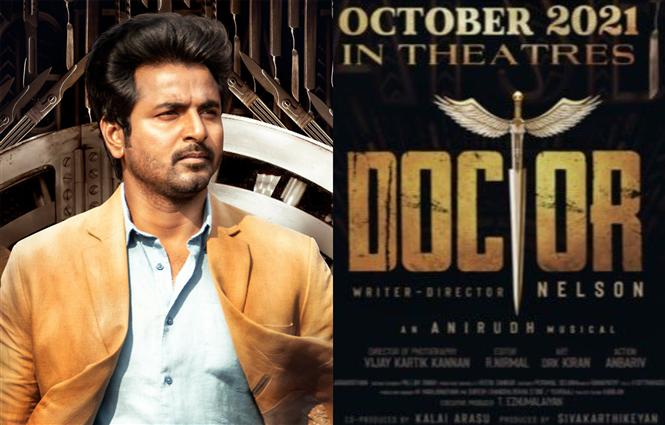 Doctor, Sivakarthikeyan's upcoming movie is gearing up for a release in theaters this October and Sivakarthikeyan Productions has announced that the release date will be confirmed today at 5:00 PM. MovieCrow has learnt that the film will be releasing on October 7, 2021 (Thursday), a week before Aayudha Pooja.

Doctor is directed by Nelson Dhilipkumar and is themed around organ-trafficking. The movie also stars Priyanka Arul Mohan, Vinay Rai, Yogi Babu, Milind Soman, Raghu Ram among others and is jointly produced by KJR Studios.