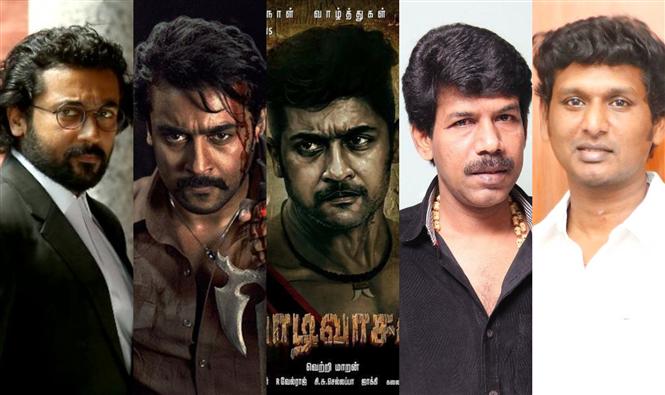 Post the success of Soorarai Pottru, actor Suriya has been busy completing back-to-back projects and his line-up of upcoming movies looks quite interesting at the moment. While Suriya's immediate release is a home production where he plays a cameo, fans nevertheless have been treating it as any other movie release of the actor.

While Suriya is currently shooting for Etharkum Thundhivan with Sun Pictures, he is expected to begin Vaadivaasal with Vetrimaaran in October. While there is no official confirmation to his order of movie post Vaadivaasal, the actor's impressive line-up at the moment looks like this: