Where is Arivu - Internet questions after a Magazine Cover! 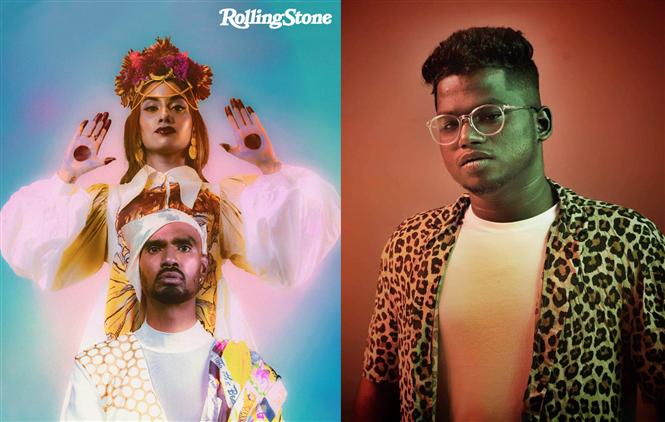 Musical artists Arivu, Dhee and Shan Vincent De Paul are all managed by the same label Majja yet song-writer Arivu seems to be receiving less of a spotlight than the singers he wrote lyrics for.

Arivu's lyrics are based off of his personal history/ roots and he penned, co-performed Enjoy Enjaami with Dhee. Despite its widespread success, a section of Twitter was miffed when the song received an international remix but it seemed like Arivu was sidelined.

Enjoy Enjaami is a song written by Dalit rapper Arivu about his grandma who was a plantation worker. Brahmin singer Dhee appropriates the song, now DJ Snake collabs with her. Arivu is totally erased from his own song by everyone. This is how UCs have historically stolen Dalit art pic.twitter.com/o5UK5W4Du1

Now, a magazine cover has brought this issue back after it featured Dhee with another artist Arivu penned lyrics for - Shan Vincent De Paul. Tamil twitter opined Arivu should have been on the front page as well.

Not just Enjoy Enjami but also Neeye Oli, the Tamil lyrics for Neeye Oli was by Arivu.

And we are back erasing Arivu's contributions in Enjaai Enjaami I see? Isn't this history in a nutshell? Utterly disgusted at all those concerned, more so at Dhee and $@N@. (They could have and should have raised their voices FOR Arivu).

complete love to these two but what's missing here is the guy who made the lyrics for both these songs and many more songs that got everyone watching. Arivu deserves more. https://t.co/gkOnVYGqPG

It should have been Arivu instead of Dhee. Or atleast him too. This is why the UCs appropriating the struggles and triumphs of DBA community should be called out. What is this blanket South Asian card that these people are playing by invalidating the actual person behind it? https://t.co/c494sB3cX7

Arivu's contribution not even being recognised is the perfect example of savarna getting all the fruits of a bahujan's hard work smh.
(1/n) https://t.co/USJMjpsJeT

Arivu's name never showed up in YouTube's lyricist credit. This, despite so many people calling it out. Being an ally means seeing the whole thing through. Not sitting in a position of power and appropriating name, fame and credit.

So this is not a matter of missing out details or a fact checking hackjob. Actual careful design goes into these works. In my limited but eyeopening experience, magazines still operate in old school (extremely charitable phrasing) ways when it comes to covers.

So a part of the problem also lies with Dhee and SaNa, who should have stood up for their extremely talented colleague and fellow Tamil musician. Especially so with things SaNa talks about and, to his credit, has practiced in his career. This is a misstep.

A lot of us profiled Arivu (@kavithamurali on Wire and me on Firstpost to name two) long before Enjoy Enjaami. Before Firstpost, I had sent my piece to a publication focusing on South Asian culture. I am still waiting for a reply.