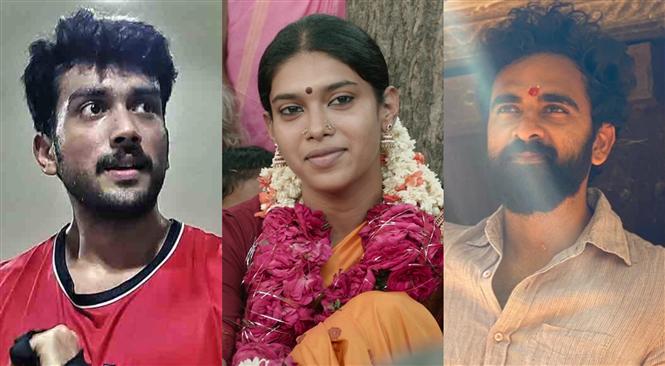 Director Pa. Ranjith's next after his latest hit Sarpatta is a romance movie titled Natchathiram Nagargirathu and we had reported previously that actor Ashok Selvan will be starring in the movie. Now it has been revealed that Dushara Vijayan, who played female lead in Sarpatta Parambarai is a part of the film as well.

Actor Kalidas Jayaram is another name who has been revealed to be a part of Natchathiram Nagargirathu. Pa. Ranjith had revealed in an interview that he begins shooting for the movie on July 21 and that the film will depict layers of romance that will bring about a discussion.

An official announcement on the project going on floors with its cast and crew is still awaited.