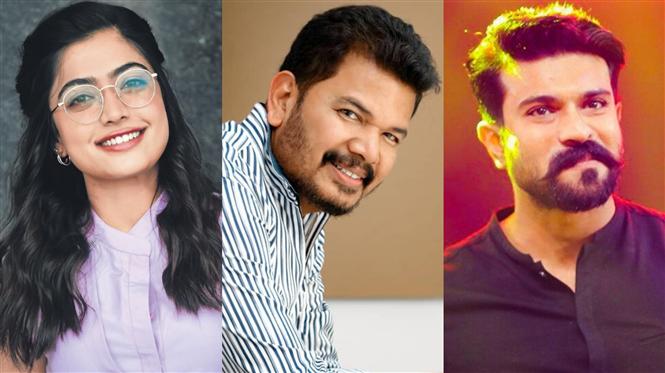 RC 15, director Shankar's upcoming film with Telugu actor Ram Charan is all the buzz right now and the film produced by Sri Venkateswara Creations is expected to go on floors soon. As previously reported, RC 15 will have two heroines and actress Kiara Advani is said to play one of them.

For the second, names like Rashmika Mandanna and Alia Bhatt have been in talks in the past and latest is that Rashmika might come on board. The role is that of a journalist and previously Rashmika is said to have been quite impressed with the character sketch and Shankar's narration.

Touted to be a political-action-entertainer, RC 15 has Thaman for music and is slated to release in Telugu, Tamil, and Hindi in 2022. The movie will see Ram Charan play an IAS officer-turned-chief minister.

The technical crew also includes Sai Madhav Burra for dialogues, lyricist Vivek for Tamil screen writing and Jani Master for choreography. Other actors who have been associated with the movie are Korean actress Bae Suzy and Bollywood's Salman Khan.