16 Years of Anniyan: 16 Facts About The Cult Movie! 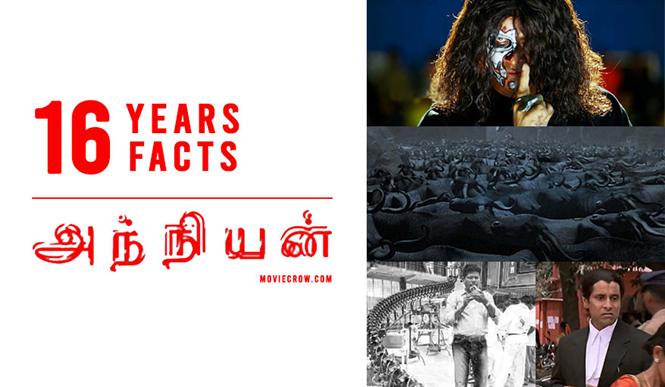 Today marks 16 years since Anniyan, a Tamil movie directed by Shankar and produced by Aascar V. Ravichandran wooed the Indian cine audience. The movie famously starred 'Chiyaan' Vikram as a person with multiple personality disorder and went on to attain a cult status, over the years. Even after it was dubbed and released as Aparichit in Hindi, the movie's popularity has such a hold that it is currently in the works of being remade in Bollywood.

On the movie's milestone of completing 16 years, we bring to you 16 interesting facts about Anniyan.

1. Original Plan: Shankar originally planned to complete the film in 6 months and had set the Diwali festival day of November 2004, as the target release day. However, the release got delayed by 6 months and the movie finally came out on Jun 17 2005.

2. Costliest Film: Anniyan was the most expensive film made at that time. The entire budget of the movie was said to be around Rs. 27 Cr.

4. Female Lead: Shankar originally wanted to rope in Aishwarya Rai Bachchan for the lead actress role; After months of wait and owing to call sheet issues, Shankar went on to rope in Sadha for the role of Nandhini. 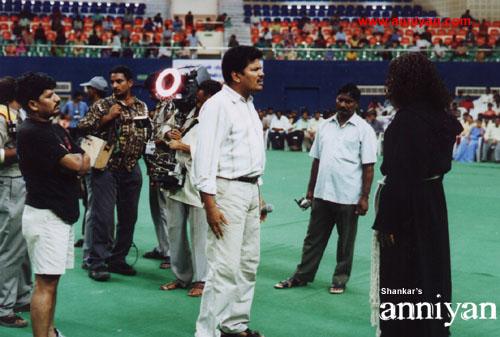 5. Cinematographer: Shankar was keen on working with PC Sreeram for Anniyan but prior commitments meant PC Sreeram could'nt take up the offer. Cinematographer Manikandan shot a portion of the film but when the shoot plans were extended, conflicting with Manikandan's schedule, ace lensman Ravi Varman was brought on board.

6. Music Director: Harris Jayaraj ended up composing for the film, when AR Rahman could not take up the project due to his other global ventures. Anniyan was Shankar's first film without AR Rahman's music.

7. Vikram allotted 190 days of his call sheet for the film. Vikram appeared in upto 18 getups in the film including all those for the songs sequences.

9. Technology: The scene was shot using 120 cameras with 270° rotation for employing the time slice photography technique, a visual effect known as "bullet time" and popularised by the American film The Matrix (1999), to achieve the frozen-time effect.

11. Kumari - Flower Show : Filmed at the World Flower Show in May 2004, the sequence was picturised in a large tulip garden located in the city of Vijfhuizen near Amsterdam, Netherlands. The song was shot during the Netherlands International Flower Show called Floriade, a decennial event. 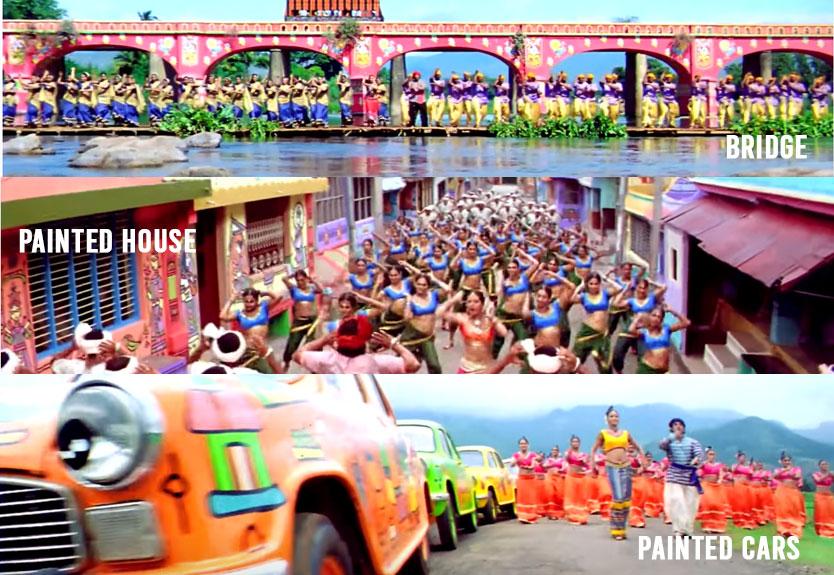 12. Andankaga - Painted Village: Shankar adopted a village near Tenkasi for the Anandankaka Kondakari song and Sabu Cyril painted all 350 houses, roads, rocks and even a bridge in varied colours. They then hired hundreds of lorries and old model ambassador cars and painted faces on them. The estimated cost of this song alone is said to be around 10 million.

The scene where Anniyan addresses a packed audience in Nehru Stadium was filmed with the space empty. The crowd was created through visual effects using crowd multiplication methods. 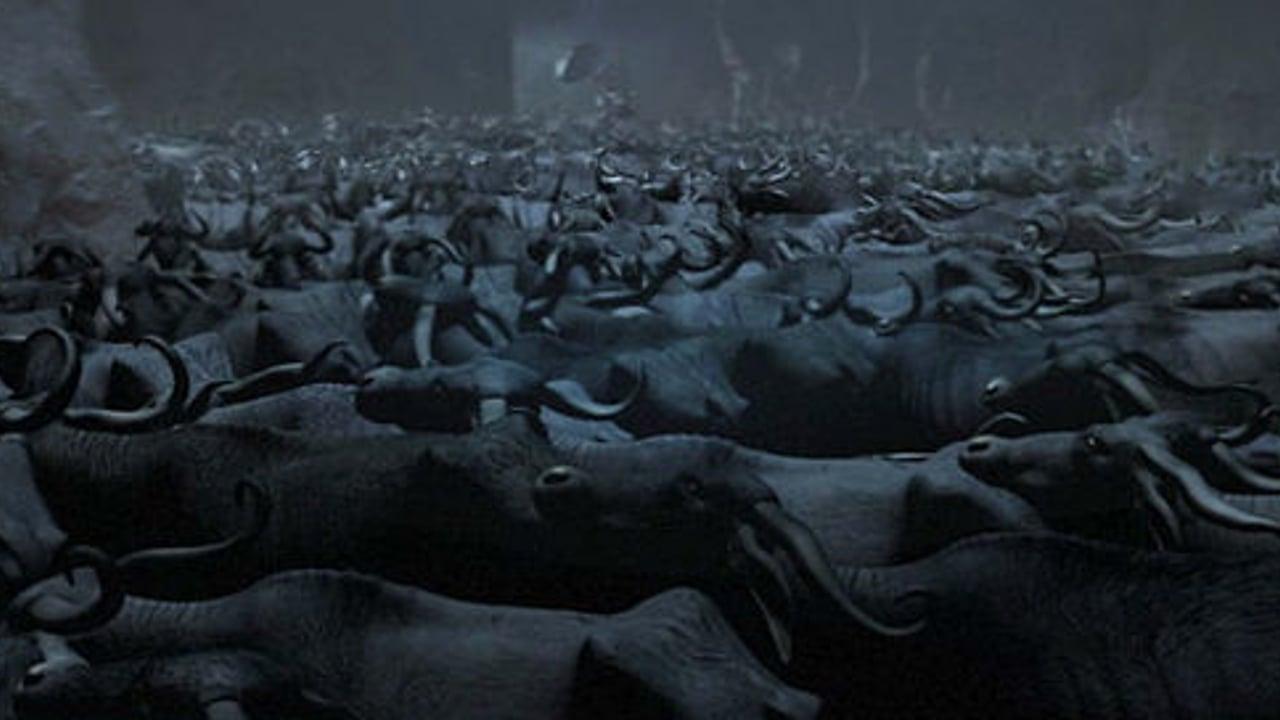 The scene, in which hundreds of buffaloes chase down a delinquent car owner into an abandoned sand quarry and trample him to death, was accomplished through CGI using just one buffalo. 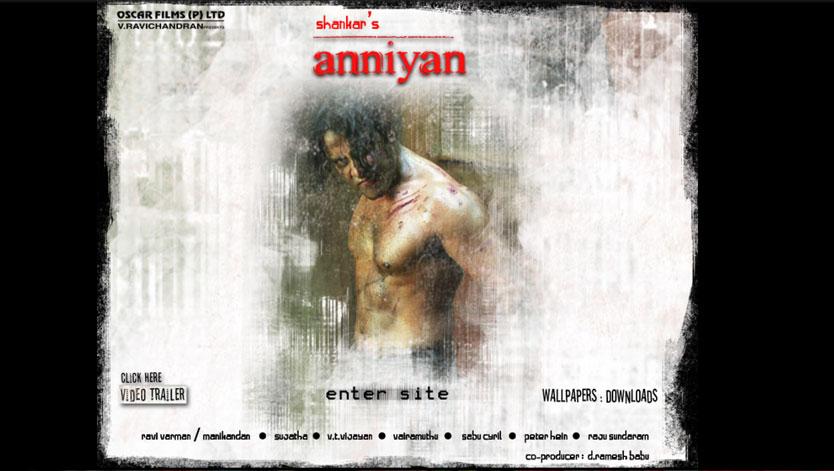 15. Anniyan was the first film in Tamil CInema to have its own website. Coinciding with the film theme, the makers launched a website with a domain name "Anniyan.com" but unlike in the movie, the website was used only for downloads and posters.

16. First French Dub for an Indian Film: Anniyan was the first film from India to get a French Dub and gets a release in French speaking countries. 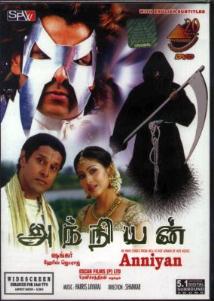