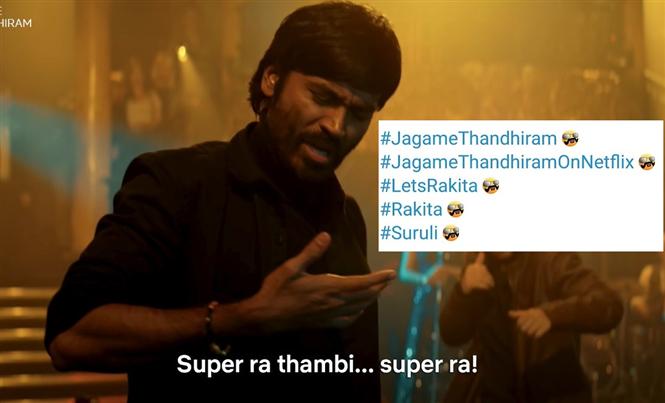 Custom Twitter emojis are hugely popular in Tamil movie fandoms and earlier this year we witnessed Vijay starrer Master getting as many as five hashtags on which the film's emoji popped up. Generally, an actor's face makes it to these customized versions but stepping away from the norm, team Jagame Thandhiram has utilized the handlebar mustache Dhanush is seen sporting throughout the film. 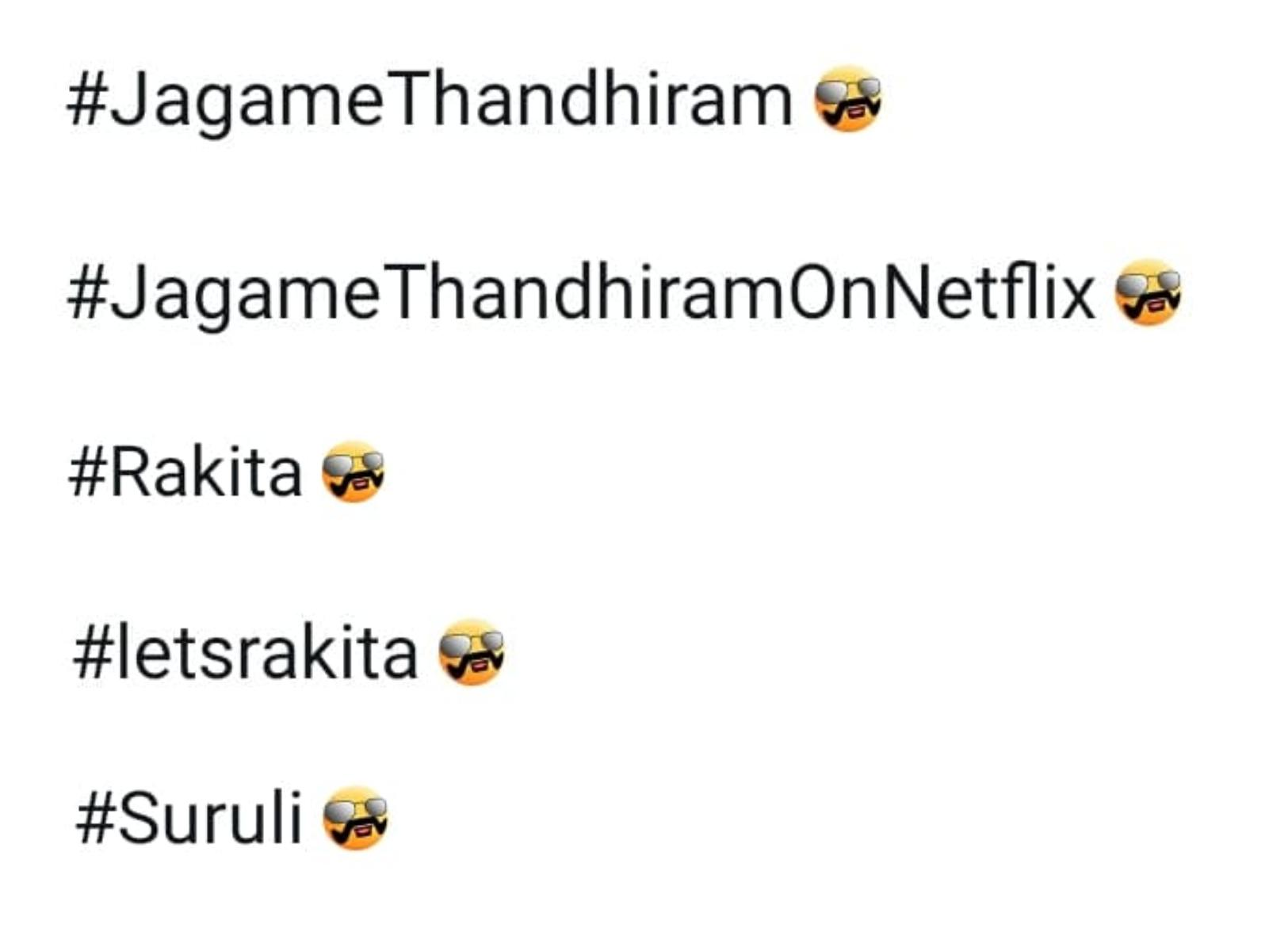 Jagame Thandhiram is gearing up for a direct release on Netflix on June 18, 2021 and these emoji versions will be available for fans till September 2, 2021.

A cross-continent gangster drama, Jagame Thandhiram is directed by Karthik Subbaraj and is jointly produced by Y Not Studios and Reliance Entertainment. The film also stars Aishwarya Lekshmi, James Cosmo, Kalaiyarasan, Joju George among others and has Santhosh Narayanan for music.