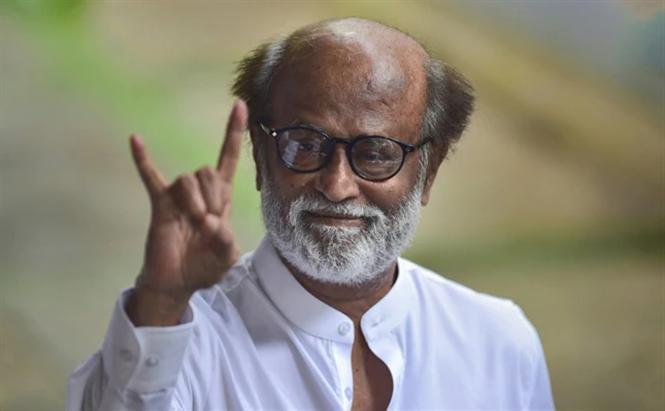 In a major U-turn today, actor Rajinikanth who was to announce his political party on December 31, 2020 has decalred that he won't be joining politics. The actor has cited his health condition as the reason for not taking the formal political plunge.

In a statement released via twitter, Rajini said that he sees what happened during the shooting of Annaatthe and the subsequent health scare as 'a message from God'. He is currently advised a week's bed-rest and minimal physical activity due to his post-transplant status and age.

Excerpts from his 3-page statement below:

"A crew of 120 members (of Annaatthe) were tested everyday for Coronavirus, who individually followed socially distancing protocols, wore masks and even after such precautions 4 members tested COVID-19 positive. I tested negative but had heavy fluctuations in my blood pressure. Medically, any fluctuation in my BP tremendously affects my transplanted kidney.

Because of my ill-health my producer Kalanithi Maaran postponed the rest of the shooting. This caused job-losses for a lot of people and Crores of losses in the budget. All because of my health condition.

I see this as a warning from God...I ended up in a hospital for 3 days for working amidst only 120 people under strict precautions. Only emotional and economic losses will come in the event of me, who is on immuno suppressant (because of the transplant) that nullifies the effects of a COVID-vaccine, enduring further health complexions through physical campaigning.

So I regretfully announce that I am unable to begin a political party and enter the field of politics. This decision will disappoint Rajini Makkal Mandram and fans who have eagerly awaited me starting a political party. Forgive me.