Tamil film celebs appeal for the release of Perarivalan! 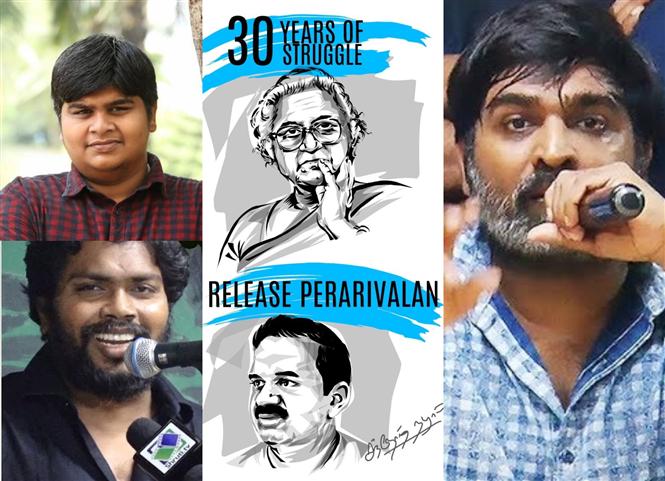 The governor of Tamil Nadu on Friday postponed his decision to recommend the release of all seven convicts in the Rajiv Gandhi assassination case, one of whom is AG Perarivalan. Following this, Kollywood celebrities like Vijay Sethupathi, Karthik Subbaraj, Prakash Raj, P.C. Sreeram and Pa. Ranjith lent their open support to Perarivalan's mother's campaign, which appeals for his release citing he has spent close to 30 years in jail for his alleged involvement in the crime.

30 years of Jail for a man who never committed the crime..
30 years of Struggle of a Mother to get his Son back..

Request our @CMOTamilNadu & Governor to give Justice to them 🙏

JUSTICE DELAYED IS JUSTICE DENIED..If we had post conviction exoneration laws, Perarivalan would have been absolved legally after this officer’s interview. Sadly, we still rely on the existing laws for his release. #ReleasePerarivalan pic.twitter.com/JPa1crRBgF

“1000 culprits can escape, but, one innocent should not be punished"....🙏🏻🙏🏻🙏🏻 please join with us to stand in solidarity .. please share this #ReleasePerarivalan #JustAsking pic.twitter.com/vJ3fwaWx4R

From officers , to the people in our system who were part of the probe have voiced their apprehension and hv put forward their point of view.
Collective voice of the people should be respected .
Let him see the light aft 30years #JaiHind