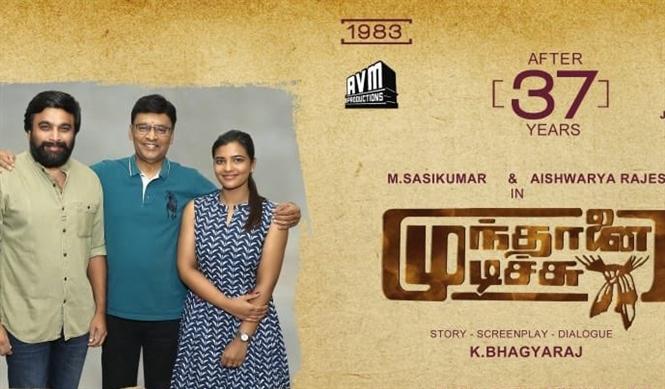 Actress Aishwarya Rajesh has joined as the female lead of the Munthanai Mudichu remake film, which has Sasikumar playing the lead role. The movie which is a modern day adaptation of K. Bhagyaraj's 1983 hit film is a production venture of JSB Film Studios and has story, screenplay and dialogues by Bhagyaraj himself.

Mundhanai Mudichu is arguably K. Bhagyaraj's most successful film and is themed around drastic steps taken by a rural girl to win her love, including false accusation of molestation.