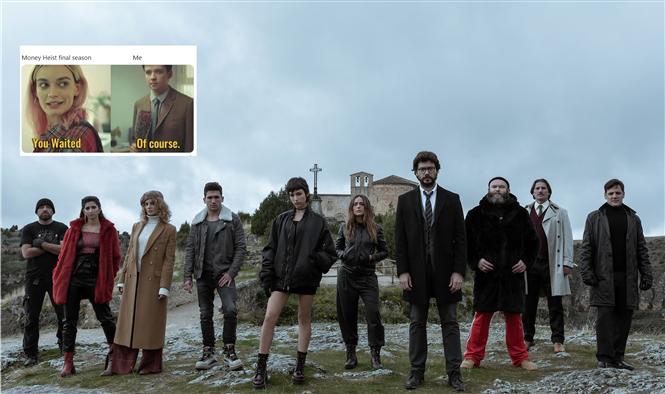 The makers of famed Netflix Spanish series La Casa De Papel, also known globally as Money Heist announced officially that their upcoming season 5 will be the final one. Series creator Alex Pina said in an official statement, "We've spent almost a year thinking about how to break up the band..The result is the fifth part of La Casa de Papel. The war reaches its most extreme and savage levels, but it is also the most epic and exciting season."

Two new characters will be joining the final season of Money Heist and it will begin filming from the upcoming Monday in Spain, Portugal and Denmark. Season 5 would come with 10 episodes with Jesus Colmenar, Koldo Serra and Alex Rodrigo set to direct these episodes.

Waiting for professor to say that
"Arturo Roman is a part of my plan"#MoneyHeist5 #MoneyHeist pic.twitter.com/T1Z3GdCIcW

Aswear if either of the two (Gandia or Arturo) didn't die in Season 5, then I'm flying to Spain and Finish the job myself#MoneyHeist5 #LaCasaDePapel pic.twitter.com/PlWYhjlfbB

Number of people waiting to go and kill Arturo if he isn't dead in season-5#MoneyHeist5 pic.twitter.com/RE5gMF6D31

You: Arturo must die in season 3

You :Arturo must die in season 4

You again : put 50 bullets in his head in season 5

MONEY HEIST 🎭 Will return for a 5th And Final Season! ❤️🌼

Money Heist became popular globally after Netflix audience got attached to the hoodwinking ways of a mastermind 'Professor' who leads a bunch of people with unique city names to take high security places under hostage. Season 4 which was released during the quarantine era was watched by 65 million Netflix accounts globally within the first month of its premiere.