Nawazuddin Siddiqui has 'no comments' on family going public with molestation case! 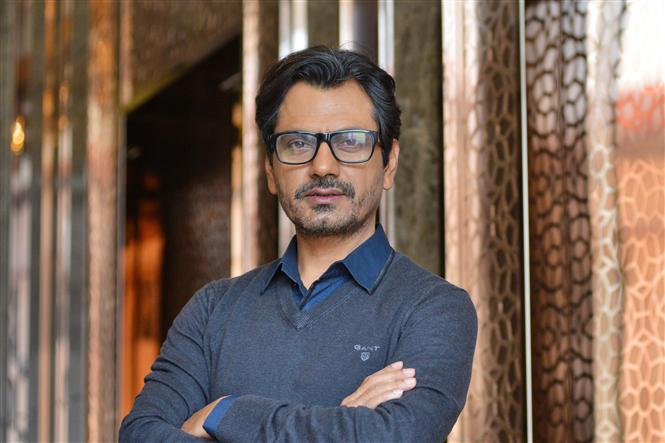 Actor Nawazuddin Siddiqui who is already undergoing a rough patch in his personal life due to his divorce and torture allegations put forth by his wife, is currently the center of a media storm after members of his family went public with a molestation case. The Bollywood actor who was seen in Tamil in Petta was bombarded with questions from the media after his niece (daughter of one of his brothers) went public with the physical torture she faced as a child from Nawaz's other brother Shamas Nawab Siddiqui.

Siddiqui’s 21-year-old niece Sasha filed a sexual harassment case against his youngest brother, at Jamia Nagar police station in Delhi on Monday after which she left for Budhana, UP. She was quoted by the Hindustan Times post her FIR as stating,

“Nawaz bade papa (uncle) called on Tuesday night and said ‘you’re like my daughter, you know how much I love you’ and that he’s there for any help I need. He has never spoken to me in all these years. The entire family had boycotted me after I got married, and they’ve been filing one case after another and threatening my in-laws in Budhana,”

Sasha has also shared in the media that when she first opened up about the sexual harassment to her father and uncle as a child, she was not supported. "My uncle used to touch me inappropriately. I was 13 then, when he tried to sexually exploit me. I told my father (Almas Siddiqui) and he didn't allow me to study beyond class 8. When I told bade papa (Nawazzudin Siddiqui) about it, he asked me, ‘what you want to do now?’"

"I told him that I’m mentally and physically being tortured. But, bade papa (Nawazuddin Siddiqui) reacted and asked me about the film I was watching that was prompting me to use such dialogues. He refused to trust me and told me that nothing like this can happen. He said 'He is my brother. He cannot do such things.' He also said that maybe I was the wrong person here.”, she concluded.

While Nawazzudin himself has maintained a 'no comments' stance on the matter, even though his name has been included in the Delhi FIR, his brother who has been accused of the deed went out and tweeted,

How can someone misguide the law and file the same case with different statement at @DelhiPolice , when there was no name of @Nawazuddin_S in the earlier statement given 2 years back to Court & the case is in #UttrakhandHighCourt as well.

It clearly indicates the motive and the person behind publicising this fake things in media.
Truth will be uncovered soonest. @CPDelhi #NawazuddinSiddiqui