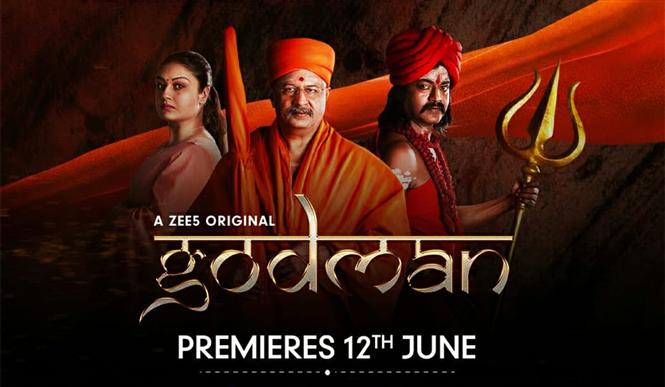 After intense online backlash over a teaser of Tamil web-series Godman, which was to premiere on June 12, 2020 OTT platform Zee 5 has officially announced that it will not be airing the series anymore. While screen-shots of the promo videos containing dialogues that bashed Brahmin community did the rounds, Hindu online users took to twitter to express their dismay to Zee 5 over the past few days.

One of the front-line actors in the series, 'Daniel' Balaji even went on to be targeted with abuses for a lot of people misunderstood that he was a Christian trying to sabotage the Hindu religion (Actor Balaji gained the prefix Daniel from a popular role he did in the 90s for a TV soap opera named Chitti).

See the exact screenshot 😠 they wantedly made this to spread hate against brahmins .#godman #BoycottZee5
4/8 pic.twitter.com/dAp0GUwEsE

Thank you Dr @Swamy39 for stopping #Godman from being aired.

Thanks to Mr Subash Chandra for the prompt action.

Will the same Christian missionaries who are funding this series accept a documentary on Nun rapes. How about pedophile ring in the Church? They couldn't even stand Dan Brown's 'The Da Vinci Code' #Godman #GodmanWebSeries

“It is not my voice that says those lines in the teaser. I did not play the godman role, and I’m not the one talking about the Brahmin community but people started talking because the issue was ‘How dare a Daniel speak this way?’,” the actor was quoted by The Hindu as saying.

Godman featured V. Jayaprakash in the titular role and Balaji played Ayyanaar, a reckless youngster for whom boozing with friends is routine. One day, he comes in contact with a godman who asks the latter to turn over a new leaf. "Ayyanaar puts Godman on a pedestal and over time, he aspires to become a godman himself. This is what I was told about the character and these are the scenes I shot for as well,” said Balaji.