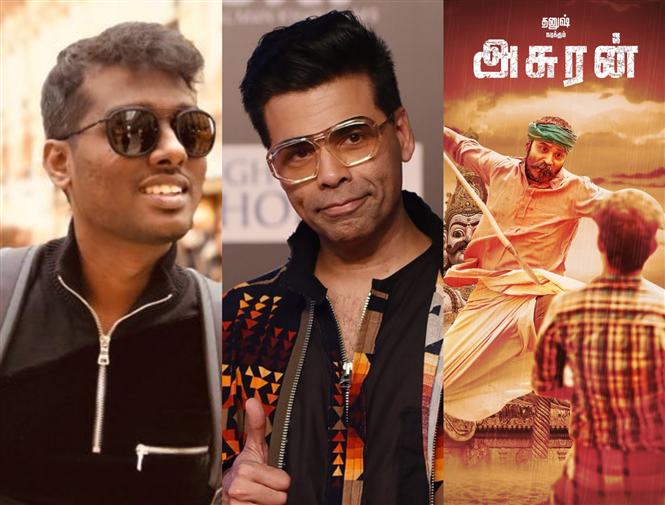 Bollywood director Karan Johar who has in the past praised the Vetrimaaran-Dhanush film Asuran and the Atlee directed Bigil has once again warmed the Tamil audience with his acknowledgement of director Atlee and the film Asuran. In a recent media reaction during the quarantine, Karan Johar was captured on video praising Atlee and his films and Dhanush's performance in Asuran.

Since this is the second time Karan Johar has openly conveyed his sentiments about Tamil films and directors, the video started trending in no time. Director Atlee even made it a point to thank Karan Johar for calling him the "magician of masala films".