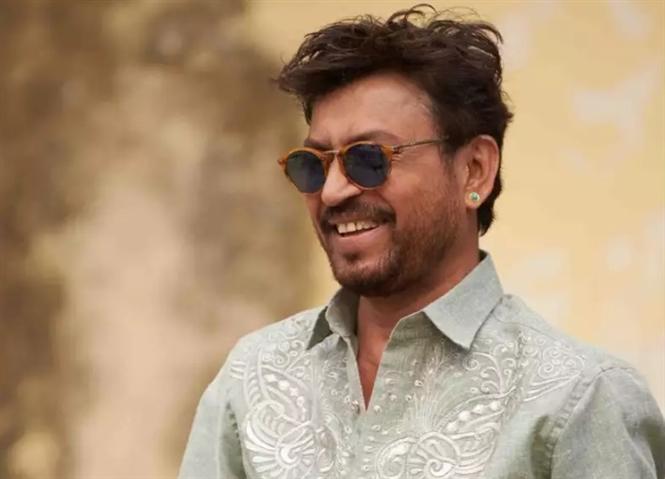 In a tragic loss to the Indian film industry, actor Irrfan Khan who was last seen in Angrezi Medium passed away on Wednesday. Irrfan's death comes after a two-year battle with neuroendocrine tumour and only 3 days after his mother Saeeda Begum's demise.

My dear friend Irfaan. You fought and fought and fought. I will always be proud of you.. we shall meet again.. condolences to Sutapa and Babil.. you too fought, Sutapa you gave everything possible in this fight. Peace and Om shanti. Irfaan Khan salute.

One of the greatest actors our country has produced #IrrfanKhan is no more ☹️☹️ My his soul rest in peace!!

“Bills Barber” & “Life of Pi” are the two favourite movies I watched in my life of @irrfank. Both are very soft, cool and inspirational. Rest in Peace #IrrfanKhan ! You left us but this two movies will never leave us. We will miss you sir! 😞😭 pic.twitter.com/51K5ZhFwUt

Losing an actor like Irrfan is something that will collectively haunt us for many many years to come , difficult to articulate how I feel right now , very rarely do I speak like this but this ones going to be very very tough to accept 🌹Rip #IrrfanKhan

Just when we thought 2020 couldn’t get any worse, it does. Heartbroken and shocked to hear the grave news.
Gone too soon #IrrfanKhan.
May his soul rest in peace.

Can’t believe what’s happened. Still in shock. Honestly for me Irfan sir you were the benchmark for acting in our country.. so heartbreaking to hear this piece of news. May your soul rest in peace .. #IrrfanKhan 🙏🏻

One of the finest actors of our country, Irfan khan. Sad to hear about him. What memorable characters he did. Will miss him on the screen but will cherish his movies. RIP #IrrfanKhan

Khan who primarily worked in Bollywood in India was also internationally famous for appearing in movies such as Life of Pi, Slumdog Millionaire, Jurassic World and The Amazing Spider-Man among many others. His most popular Hindi films include his Oscar nominated movie Salaam Bombay, Piku (2015), The Lunchbox (2013), Talvar (2015), Hindi Medium (2017) and Angrezi Medium (2020). 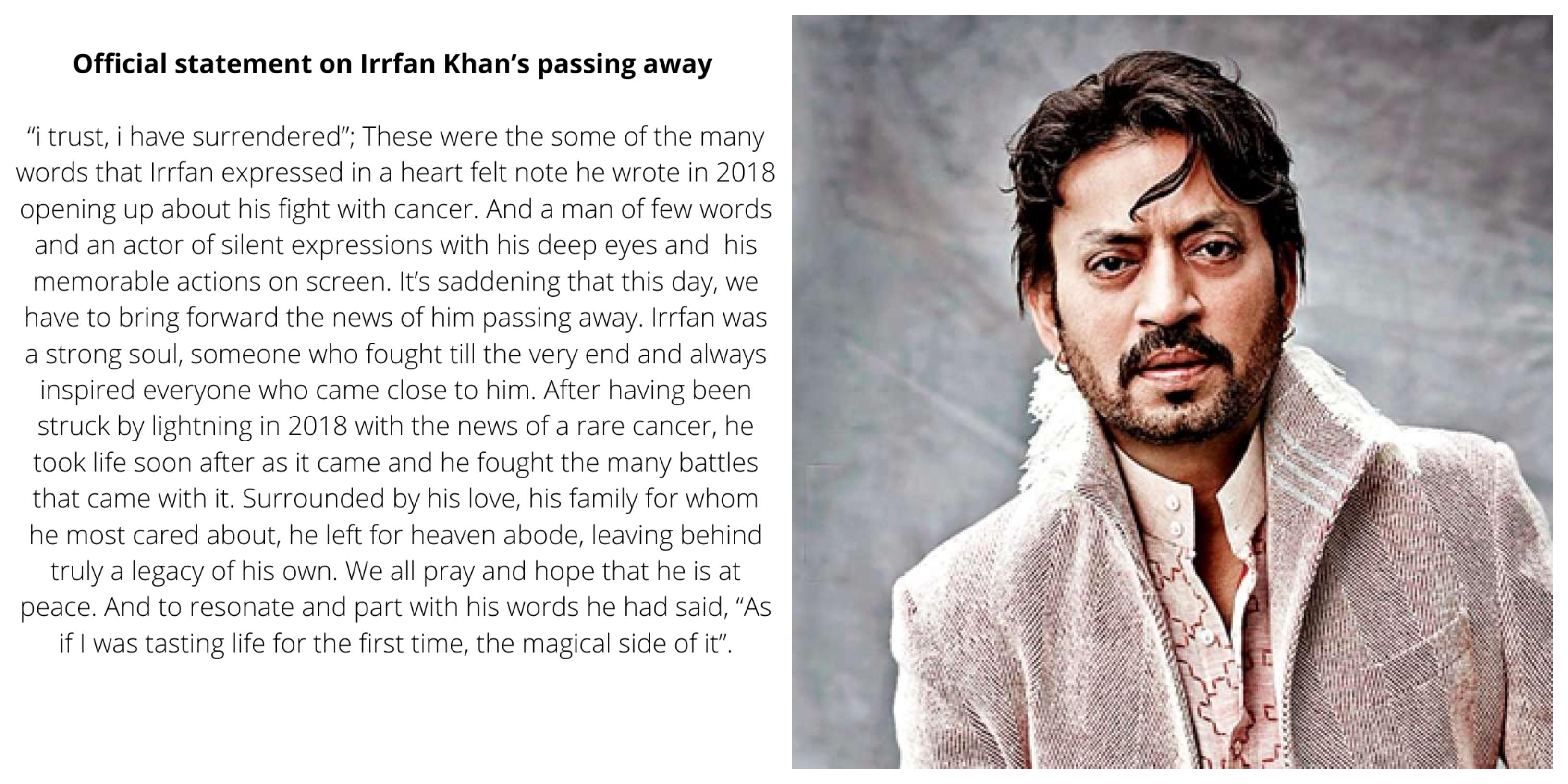