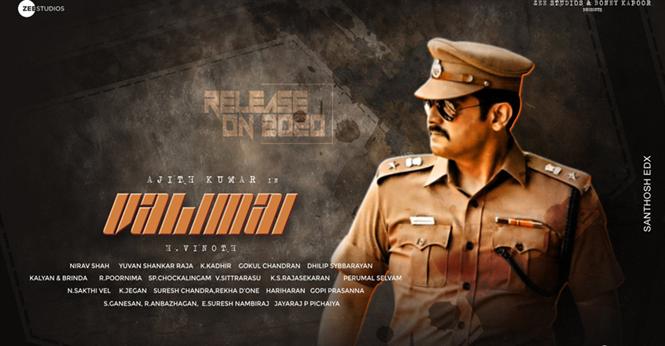 Actor Ajith's upcoming movie Valimai in which he plays a cop may have been delayed in production due to the ongoing pandemic but updates about the movie keep surfacing from time to time. Reportedly, the film comes with 5 songs composed by Yuvan Shankar Raja, one of which is an introduction number for Ajith and another a slow melody.

It is also being said that Yuvan has already composed 2 theme songs as a part of this supposed tracklist, making the number of actual songs in the movie to be 3. Valimai is Yuvan's 8th album for Ajith and the film which is produced by Boney Kapoor is an H. Vinoth directorial.