Vikram's Cobra Teaser On the Way!? 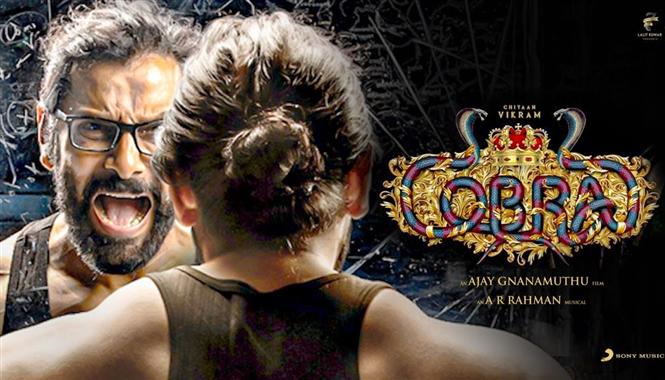 Before the Coronavirus lockdown, Vikram's movie Cobra had to stop its shooting mid-way in Russia when it was on the verge of completing its overseas schedule. Now, with the COVID-19 pandemic still at large and Tamil movies not resuming production for the foreseeable future, it is being said that the team may treat its audience to a teaser of the film.

While an official announcement on the teaser release date awaits, it is buzzed that it maybe around Vikram's birthday i.e. April 17, 2020. So far, only a motion poster with A.R. Rahman's BGM has been released of Cobra which is an Ajay Gnanamuthu directorial. Vikram plays multiple roles in this movie, which has KGF fame Srinidhi Shetty as female lead and is produced by Seven Screen Studio.