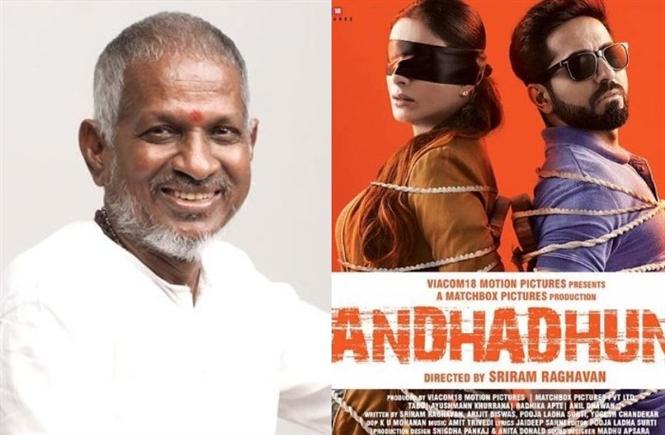 Bollywood film Andhadhun, starring Ayushmann Khurrana and Tabu in the lead roles directed by Sriram Raghavan was a huge hit at the Box Office. The 2018 black comedy thriller is set to be remade in Tamil. Andhadhun at is about a blind pianist who gets accidentally embroiled in a murder.

Actor Thiagarajan has acquired the film's Tamil remake rights. Reportedly Prasanth will play the lead role essayed by Ayushmann Khurrana and Mohan Raja who is known for successfully remaking movies will be directing this film. He had last directed SivaKarthikeyan starrer Velaikarran. Ramya Krishnan has been approached to play the role of Tabu.

The latest buzz is that Isaignani Ilayaraja is likely to compose music for this project and an official announcement is awaited on the same. Music Maestro had earlier collaborated with Prasanth for Ponnar Shankar which released in 2011.