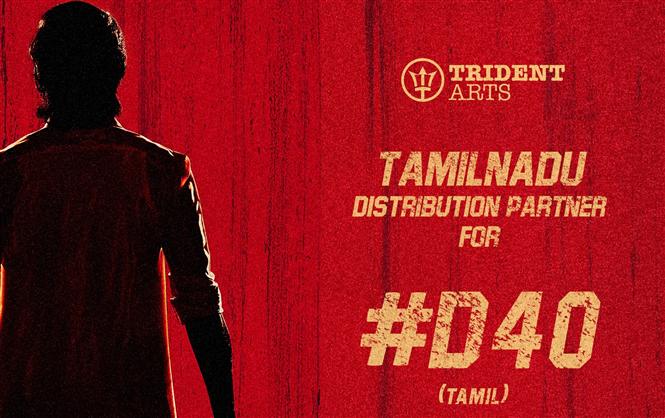 Dhanush's upcoming film D40 directed by Karthik Subbaraj is one of the most-awaited films in Kollywood this year. The film distribution rights for various territories have been sold. The TamilNadu (TN) distribution rights of the film has been sold to Trident Arts. The Telugu distribution rights have been bagged by GA2 Pictures and UV Creations for Andhra Pradesh and Telangana. Y NOT Studios, producers of D40 shared the news on their official Twitter handle.

The film's title is speculated to be 'Suruli'. The gangster film also stars Sanchana Natarajan, Aishwarya Lekshmi, Vauxhall Jermaine and James Cosmo in lead roles. The film has music by Santhosh Narayanan. The title, first look and motion poster of the film is set to be unveiled in both Tamil and Telugu on February 19. D40 is slated for Summer 2020 release.