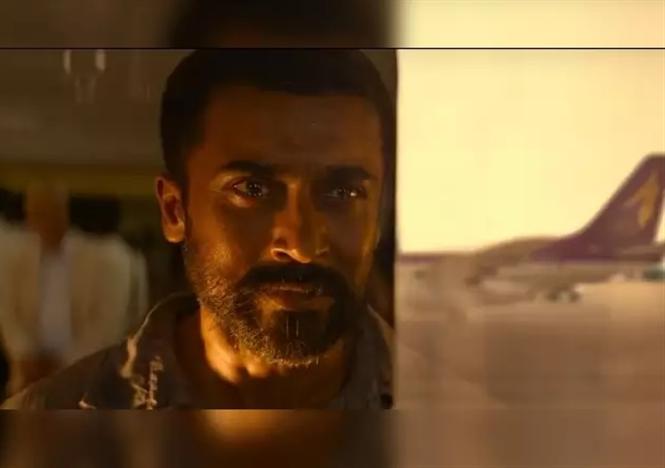 Soorarai Pottru, Suriya's biographical film based on Air Deccan founder is getting bigger in scale. The team has announced that as a part of the film's promotions Ajay Singh, Chairman of Spice Jet airlines will be unveiling a SpiceJet Boeing 737 branded with Soorarai Pottru poster. The unveiling will be done on February 13, 2020. 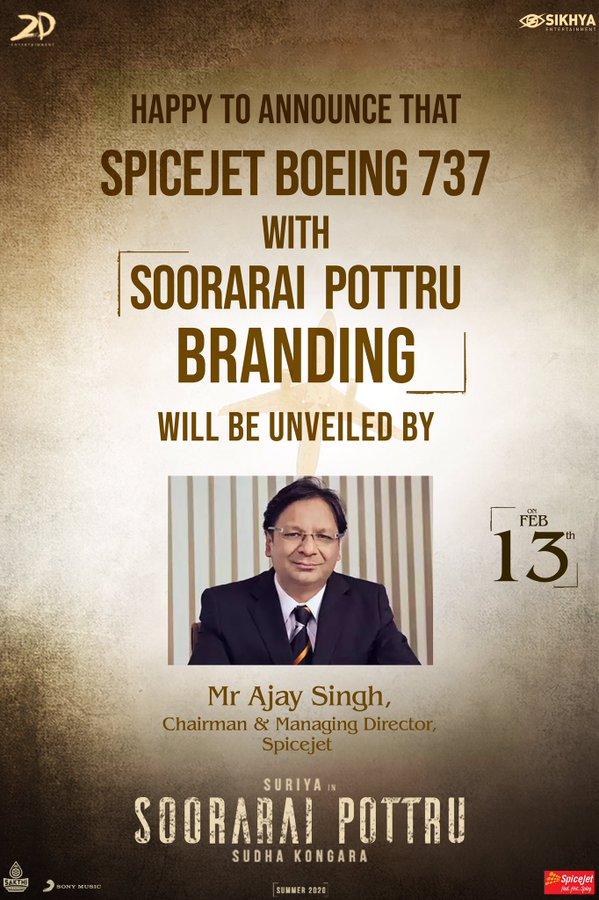 Also, a song titled Veyyon Silli will be launched mid-air as a part of the promotions on this said jet.

Soorarai Pottru is the first non-Rajini film in Tamil to get itself a flight for film promotions. On February 13, the film will join Kabali and Darbar in being the films which had their posters branded on domestic flights.