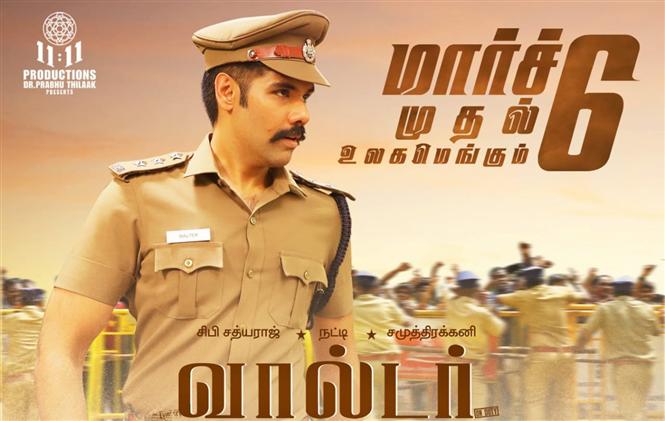 Sibi Sathyaraj upcoming film 'Walter' has locked a release date. The film is set to hit the screens on March 6. Sibi is essaying the role of police officer named 'Walter'. The film's title is inspired from Sathyaraj's iconic cop role as 'Walter Vetrivel' in the film which released in the 90s.

Directed by debutant U Anbu, the film also stars Samuthirakani, Shirin Kanchwala, Riythvika, Sanam Shetty among others. The film bankrolled by Dr. Prabhu Thilaak  and Shruthi Thilaak has music by Dharma Prakash and cinematography by Rasamathi. 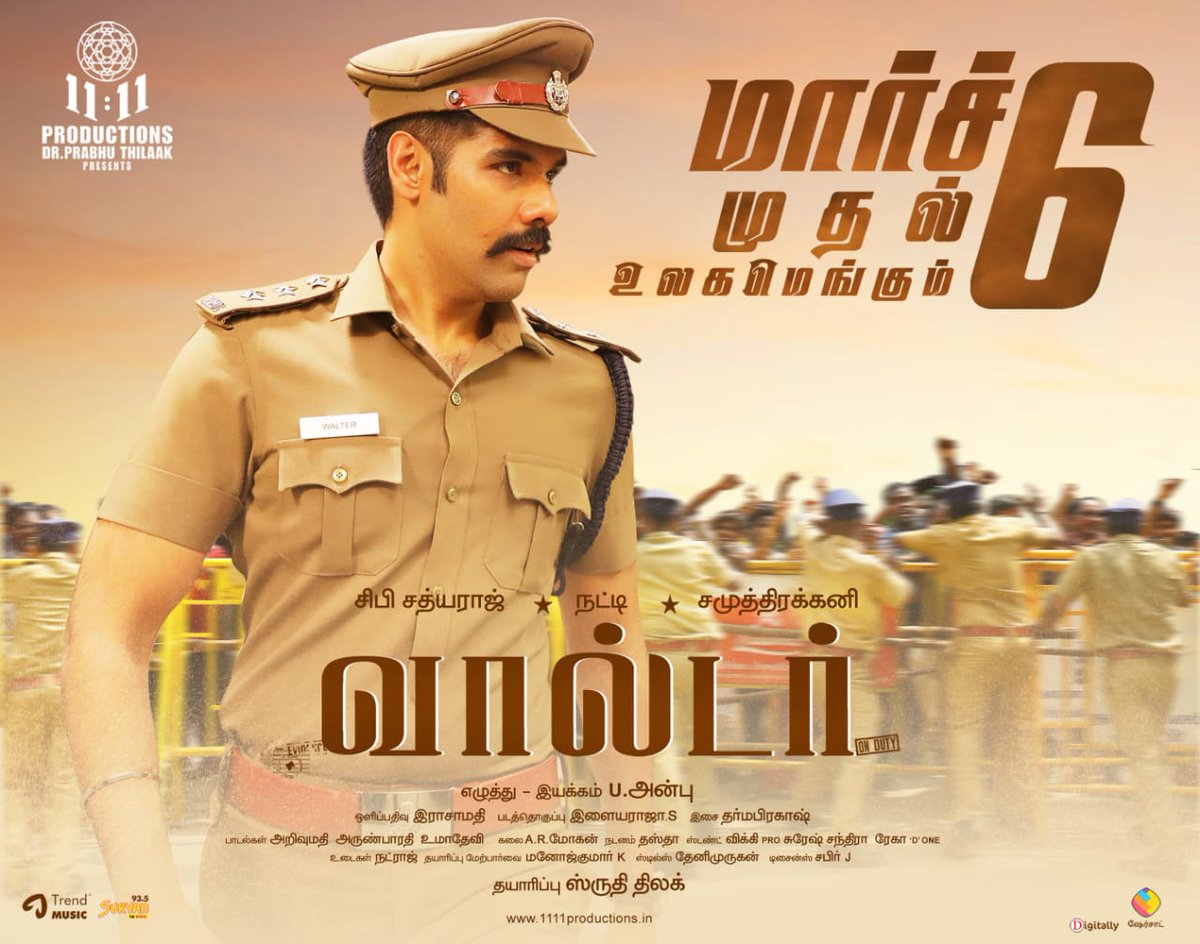 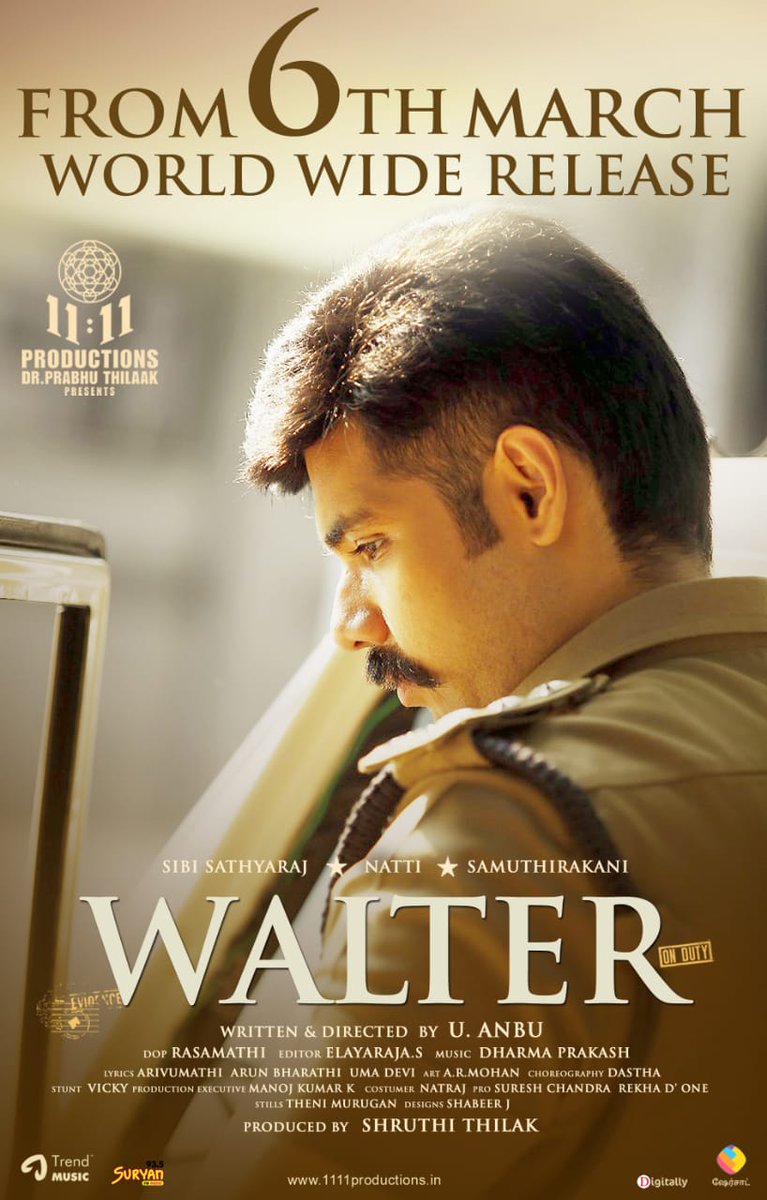