Suriya in a cameo in Thambi? Here's what we know 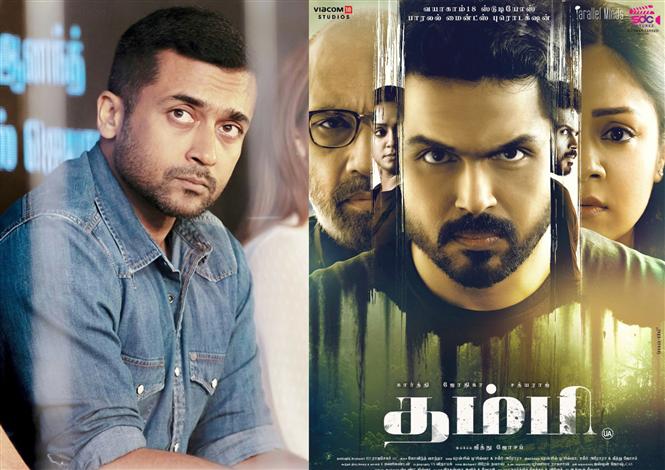 Papanasam director Jeethu Joseph is returning to Kollywood with Thambi, which stars Karthi and Jyotika as lead brother-sister duo and has been produced by Jyotika's brother Suraj. Given that it is a family affair, all eyes were on whether or not Suriya will be making a cameo in the movie and there was a buzz too which suggested the same.

However, when dug a little deeper we found that Thambi will have Karthi play a role named 'Saravanan' which also happens to be Suriya's birth name and this would be the only association of the Kaappaan actor with the film. Besides Suriya has stated in the past that he refrains from making cameos in home / home-turf productions, for it takes away the 'surprise element' of a cameo.

Thambi, produced in association with Viacom 18 Studios and T series is hitting thater screens on December 20, 2019. The trailer of the movie suggests that Karthi plays an imposter in a situation that arises due to the classic case of mistaken identity.

The film has been described as a 'family-thriller-entertainer' and the USA theater list of the movie can be found here.