Zero Mercy For Rapists But Cannot Be This Way - Actor Siddarth! 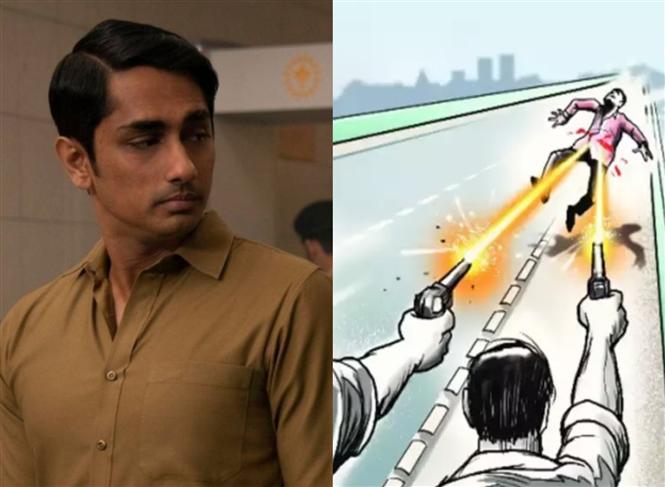 The encounter of the four lorry workers in the Disha rape and murder case, has left many rejoicing, some conflicted and the others worried at the state of law and order in our country i.e. India. Actor Siddharth who is a well known name in both the Telugu and Tamil industry and who has often spoken out for matters of importance has expressed his views on the same and they have been as thus.

Maintaining his skepticism over the 'police encounter', Siddharth tweeted:

Police have a record of killing whoever they want without consequences. To celebrate their actions, no matter what the emotional argument, is still a step towards barbarism. Police must implement the law; they are not the law. Zero mercy for rapists, but this cannot be the way.

However, Siddharth who had earlier retweeted an article about the incident where a rape survivor from Unnao was set on fire by five men outside her village [she walked with the burns to report the incident and get help and has now died], later agreed that 'people have lost faith in the judiciary' and that we have a flawed system.

Our people have lost faith in the judiciary. Our courts are being misused and delegitimized everyday by people with privilege and power. Protection of citizens rights can only happen if every citizen is treated the same. The whole system needs a revamp. I wish we knew how.

Disha was a 26 year old assistant veterinarian at a state-run hospital, who was smothered, raped and murdered on November 27, 2019. Her charred body was found in the morning of November 28, causing a nation-wide outrage and four men aged between 20 and 24 years, were arrested in connection to the incident.

The accused were encountered on December 6, 2019 at the same place Disha's body was found and now the National Human Rights Commission (NHRC) has passed orders for an inquiry into the handling of the matter by the Hyderabad Police.