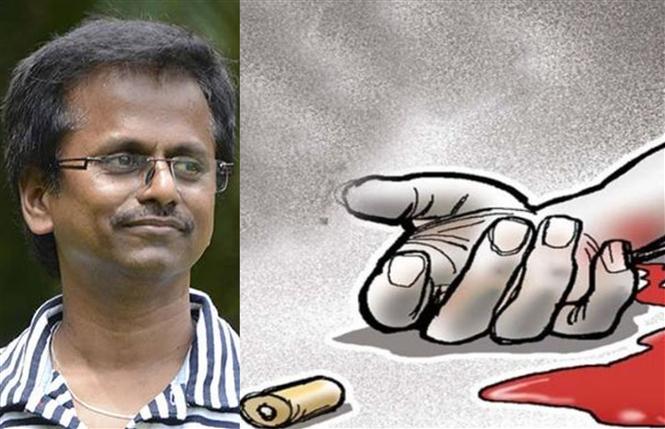 Earlier today, news of all 4 accused in the rape and murder of Telengana Veterinarian Disha (name given to the victim by the police) being encountered broke out. Ever since, a number of people have been showing their elation at this event and they view this as a means of 'justice being served' to the victim.

Tamil director A.R. Murugadoss was among the firsts to publicly hail the Hyderabad police, who shot dead the four accused in the wee hours today at Shadnagar. [The police alleged that the four accused tried to escape from their custody when they took them to the crime site i.e. NH4, to ‘reconstruct’ the scene as part of the inquiry.]

My salute to the #hyderabadpolice department for the Action they took... waiting for the day where every women feels safe and secure to live in this country..

It is worth mentioning here that a section of the public remains skeptical over Hyderabad Police especially since they had initially failed to lodge the missing victim's complaint, had slut-shamed her to her family and then when the victim's body was found charred to death, had carried out the arrests of the 4 accused amidst intense media scrutiny and nation-wide attention.

Nevertheless, many including the celebrities listed below have expressed satisfaction over the current outcome. Uncle of the 26-year-old Disha, who was raped and brutally set ablaze by these four men on November 27, has been quoted in the media as reacting,

"Punishments are there to ensure what happened with one child does not happen to another..There definitely is a little satisfaction to see the culprits killed..Police did not do this out of their wish. These culprits repeat offences as soon as they're let free."

Rest in Peace #DrPriyankaReddy. Rest in peace. 😢❤️ I Hope this sends a STRONG message out to all those people who even have the THOUGHT of raping a woman.. Rest in Peace Priyanka 🙏🏻 #hyderabadpolice 👏🏼 #PoliceEncounter #HyderabadHorror #Encounter

A big salute to the Hyderabad police! 🙏🏻🙏🏻 Justice seems to have been served! #RIPPriyankReddy #Encounter

I ❤️ TELANGANA . Fear is a great solution and sometimes the only solution .