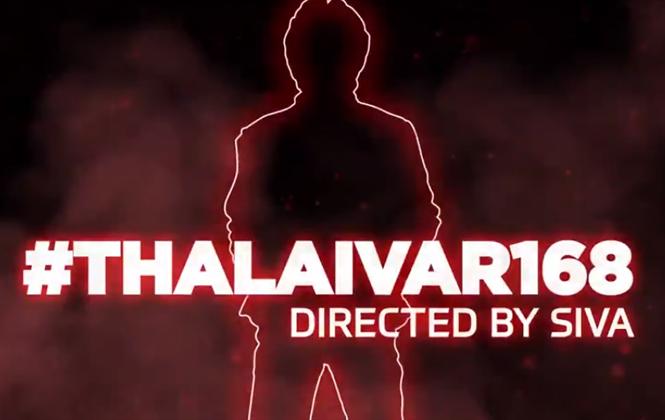 In an official announcement today, Sun Pictures has confirmed that they will be bankrolling Rajinikanth's next film Thalaivar 168 (working title) and as reported earlier, it will be director Siva who will be helming the project. Interestingly besides Siruthai, this is the first non-Ajith project for Siva, who is collaborating with Rajini for the very first time.

After the blockbuster hits Enthiran and Petta, the mega hit combo of Superstar @rajinikanth and @sunpictures come together for the third time for Thalaivar 168, Superstar’s next movie, directed by @directorsiva#Thalaivar168BySunPictures pic.twitter.com/AL5Z6ryjbG

Composer Imman is said to have brought on-board for music, though it awaits an official confirmation.