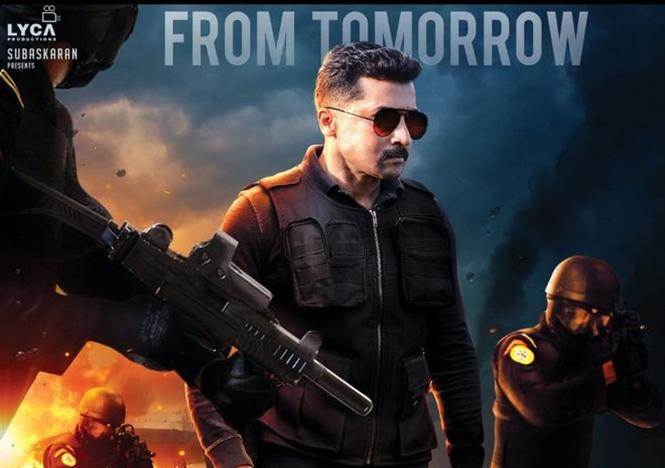 K.V. Anand directed Kaappaan starring Suriya in the lead is mere hours away from hitting theater screens and as mentioned in our SWOT analysis earlier, the movie has done nominal pre-release business in Tamil Nadu, Andhra, Kerala, and overseas locations. Based on Suriya's earlier box-office performance, which hasn't been exatly star-actor numbers it seems like the makers of Kaappaan have played it safe.

Touted to have been made at a budget of Rs. 70 Cr. (approximately), Kaappaan has made close to Rs. 50 Cr. just from movie theatrical rights.

Added to this, there are undisclosed earnings for the film from satellite and digital rights which we predict totals upto more than 75 percent in recovered business. Should good word-of-mouth prevail for Kaappaan post-release, the movie will prove not only a box-office comeback for Suriya, but also add to the list of films that raked moolah at Kollywood's cash registers this year.