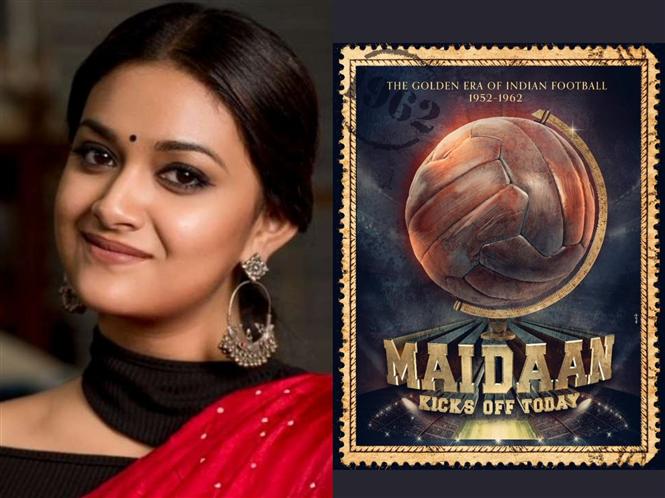 We have known for a while now that actress Keerthy Suresh will be making her Hindi film debut with the Boney Kapoor, Fresh Lime Films produced sports film, which based on Indian football team and its manager from the 50s Syed Abdul Rahim. The film which has Ajay Devgn in the lead went on floors in Mumbai today and its title was revealed to be Maidan.

Taking to twitter, producer Boney Kapoor wrote, “Proud to kick off the Untold Story of The Golden Years of Indian Football. Hope to bring glory to India with this fantastic story.” Maidan is directed by Amit Sharma whose last release Badhaai Ho recently took home several National Awards, just like Keerthy Suresh for her performance in Mahanati.