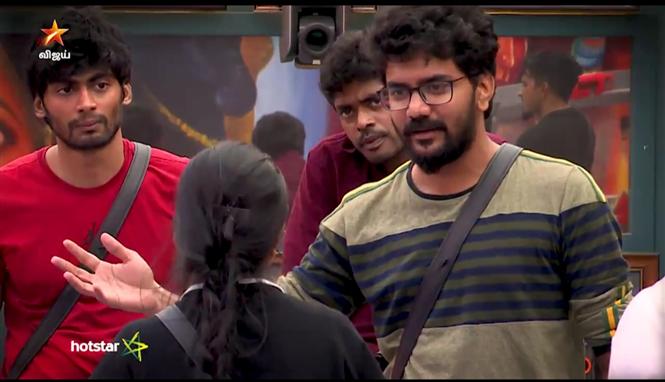 Perhaps, this seems to be prevailing in the minds of the routine viewers of Bigg Boss Season 3 Tamil show. With the reentry of Vanitha Vijaykumar on wild card basis, there has been a drift and tug of war among the housemates, which predominantly looks like a ‘Men Vs Women’ factor.  Vanitha being the major cause of triggering few housemates seems to have had a major impact on Madhumitha, who has now indulged in excessive noisy confrontations with Kavin, Sandy, Darshan, Mugen and Losliya.

On the other hand, these guys have taken their dominance by setting the decibel levels higher indeed. Although, it all started on enjoyable note for the viewers, who usually prefer such dramas, they are now getting irked by the over-noisy ambience of Bigg Boss House. Their only solace is likely to arrive through tonight’s show, where they believe Kamal Haasan might offer some solution and bring an end to these sounding issues.