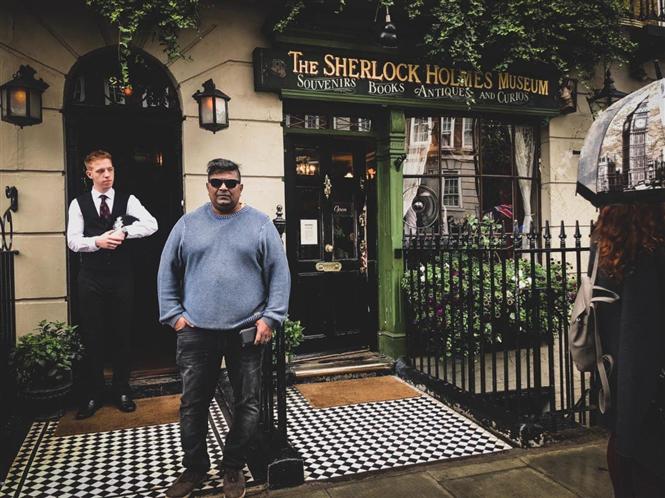 Director Mysskin is teaming up with Vishal once again for the sequel of their Shelock Holmes style detective thriller Thupparivaalan and the director who is currently taking care of the pre-production phase, visited London as a part of the Thupparivaalan 2's location scout. Several images of Mysskin from the Sherlock Holmes museum in London were shared by actor Prasanna, who also has a significant role to play in the film.

The possibility of Thupparivaalan 2 has been hinted even before Thupparivaalan ever got released and Mysskin confirmed the project is in the making, when he visited Vishal on the sets of his upcoming film with Sundar. C. Now, Prasanna in his statement on twitter has said, "Mysskin has started his location scout for Thupparivaalan 2, to be produced by Vishal Film Factory (VFF) Shoot begins soon (sic)"